Who Are You Getting Plastic Surgery For?

When I was in Las Vegas, there was a woman in front of me on an escalator. I didn’t take much notice of her until she turned around and her face was massively altered by cosmetic surgery. She had the standard inflated cheeks, tightly pulled eyes and freakishly poufy lips, but what really caught my eye was that she was dressed like crap.

It really confused me. Why would someone spend hundreds of thousands of dollars on plastic surgery to look good and then then not bother to dress themselves well? 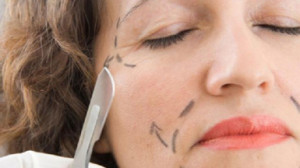 My friend said that the woman probably didn’t have any money left to buy nice clothes, but I wasn’t talking about the brand of clothes she was wearing. Rather, I was talking about how dirty and unkempt the clothes appeared to be.

This wasn’t the gym or the garden or the garage. She was shopping in the fancy stores in Caesars Palace. What I can’t figure out is, who she is trying to impress?

I wonder the same thing when I see women wearing those full face sun masks. 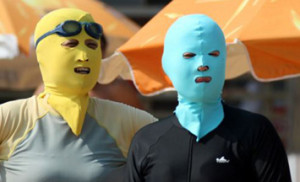 Do they go home and hope their family is impressed by the paleness of their skin?

I would hope the people close to them didn’t care about things as superficial as the lines on their face or the pigmentation of their skin. And I would LOVE to think that these women are doing these things for themselves, but having yourself painfully butchered for immense amounts of money doesn’t sound like self love to me.

But if these women are putting so much extreme effort into how they look, but they don’t care how they look in public, then who on earth could it be for? I’d love to hear your thoughts, because this has been troubling me for days.