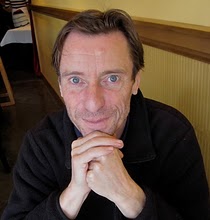 A man who died in an apartment fire in Berkeley early this morning was a longtime professor at the University of San Francisco.

Andrew Goodwin, 56, died in a two-alarm fire that was reported at 1:38 a.m. at an apartment building at 2431 Oregon St., near Telegraph Avenue, Berkeley fire Acting Deputy Chief Avery Webb said.

Responding firefighters learned there might still be someone inside the building, and forced entry to a third-floor unit, where they found Goodwin, Webb said.

Goodwin was transported to Alta Bates Summit Medical Center, where he later died, according to the Alameda County coroner’s bureau.

Goodwin was one of the founders of USF’s media studies department and was a pioneer in the field of media and cultural studies nationwide, USF media studies chair Bernadette Barker-Plummer said.

He taught classes on media theory, popular music and communication, among other topics, Barker-Plummer said.

Goodwin taught a special class on Led Zeppelin and was writing a book on the band, program assistant Lydia Fedulow said. He had taught at the university for at least 20 years, Fedulow said.

Former student Lindsay Dellas remembered having “great discussions” in his class about various bands and the evolution of music genres and the music industry.

“He was a tough professor and he definitely challenged students, but was inspiring and extremely passionate about his area of study,” Dellas wrote in an email.

Goodwin is also known for his book “Dancing in the Distraction Factory: Music Television and Popular Culture,” university officials said.

“Andrew was the type of person that put his students first,” Fedulow said. “He was always very concerned about students and making sure they were getting the most of their experience at USF. He was very brilliant. He will be missed a lot by faculty, staff and students.”

Goodwin received his Ph.D. from the Birmingham University Center for Cultural Studies in the U.K. He leaves behind an adult son and sister who lives in England, Fedulow said.