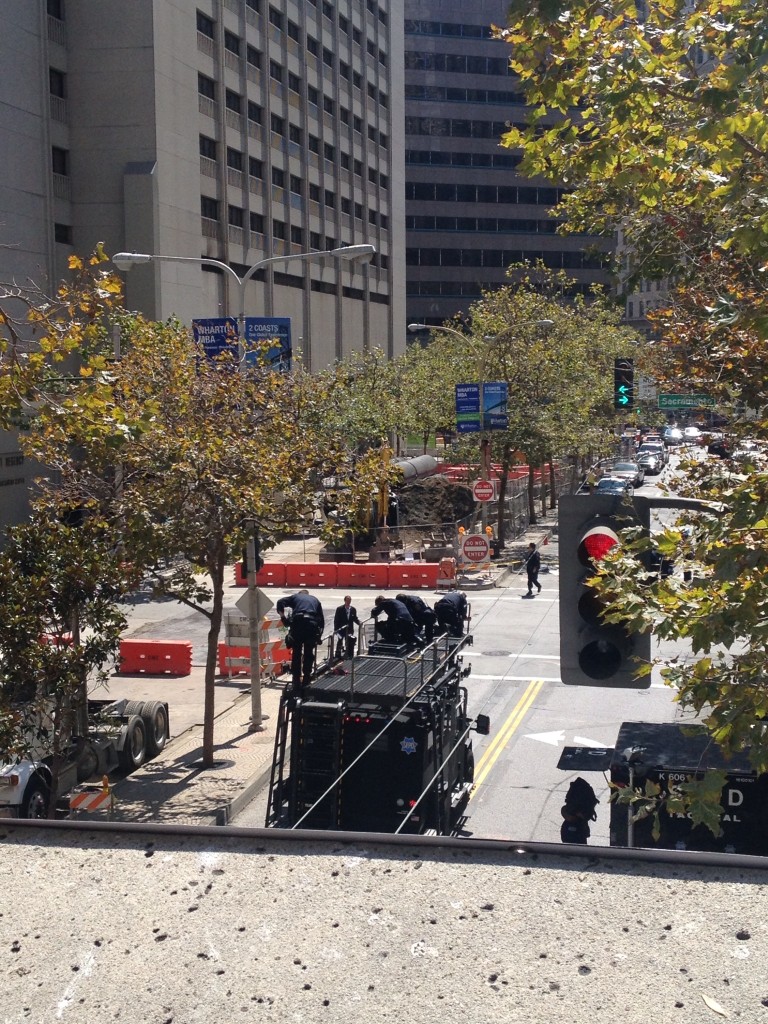 A man who stood atop a “Do not enter” signpost in San Francisco’s Financial District for several hours today prompted police to shut down a street, a police officer said.

The man was reported on top of the traffic sign on Drumm Street between Clay and Sacramento streets around 10 a.m., San Francisco police Officer Gordon Shyy said.

One passerby who works nearby said at one point the man took off his pants and threw them to the ground.

Shyy said a police negotiator was called to the scene and eventually the man came down just before 2 p.m.

He was taken to San Francisco General Hospital for a mental health evaluation, Shyy said.

Police had shut down the block during the incident but Drumm Street has since reopened.