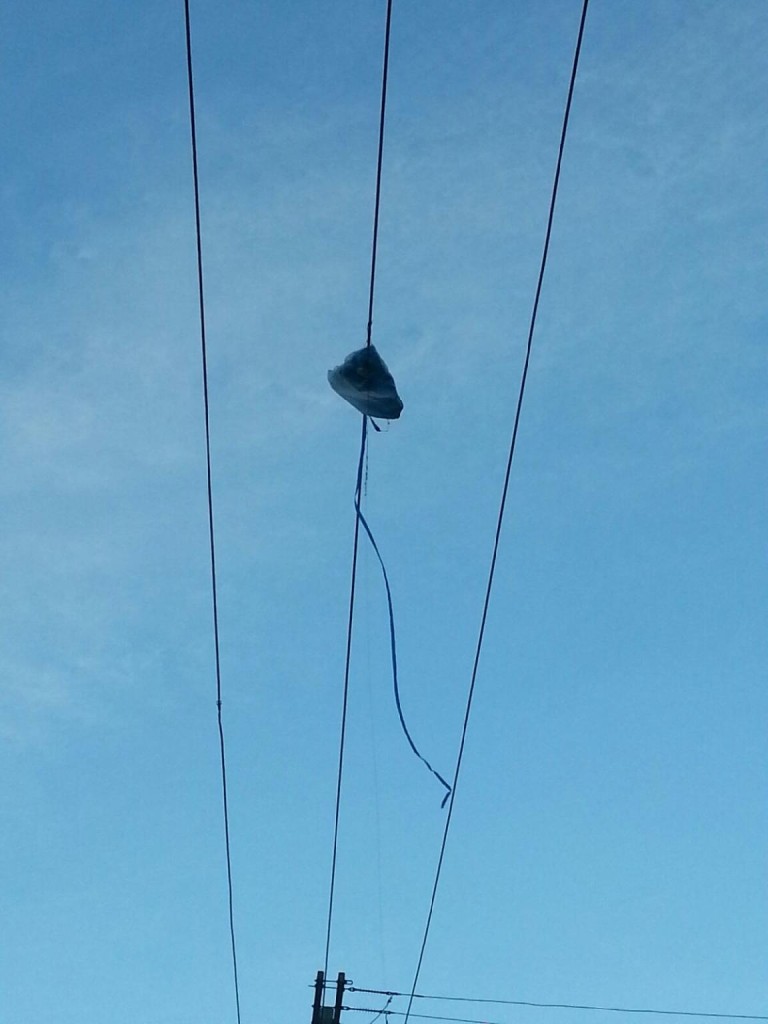 Power has been restored to Treasure Island after an outage caused this afternoon by a kite (pictured above) that struck a power line, according to a San Francisco Public Utilities Commission spokesperson.