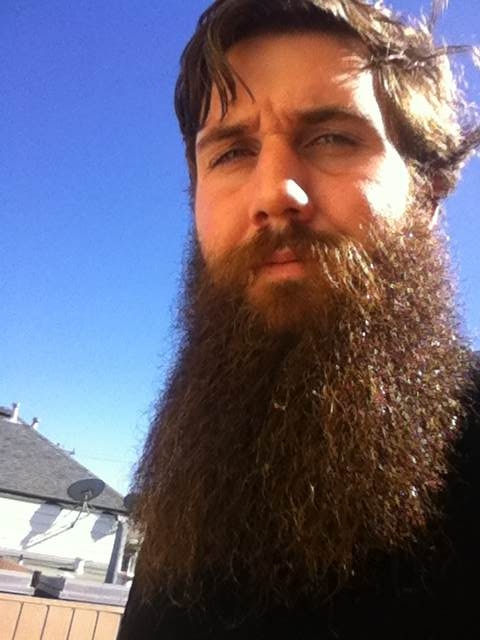 Two Bay Area residents and their facial hair were making their way to New Orleans today for the fourth annual Just For Men National Beard and Moustache Championships.

The competition kicks off Friday night before a Saturday morning parade to the House of Blues where the hundreds of “beardsmen” will be judged.

Contestants from around the nation are competing in 18 categories that include Salvador Dali-style mustaches to full-length beards cut and styled in abstract ways.

The hirsute men will be displaying various mustaches, full beards or partial beards, which includes Amish beards and side burns.

He is returning with his long slender mustache hoping to out “’stache” the competition. “Now that I’ve already placed,” he said, “now the pressure is on to do as good.”

The teacher has been growing his facial hair for almost two years and it has reached nearly 16 inches, or almost shoulder-width, he said.

He said when walking around people ask if they can take a picture with him and his mustache, which he sometimes curls up at the ends.

“I understand this is a pretty ridiculous mustache,” he said.

In Las Vegas, Werle said he saw some memorable beards, including a beard sculpted to look like a globe complete with continents and bodies of water.

“There are definitely some serious competitors,” he said.

The competition can be fierce with some refusing to talk about their grooming routines, he said.
“They don’t want to give away any secrets,” he said.

Others participate because it’s fun, enjoyable and a friendly environment, he said.

San Francisco resident Tyler Templeton, 24, is participating in his first competition in the full beard category.

After a year and a half of growth, Templeton said he figured he should compete since “I’m pretty young and I’ve got a pretty big beard. I might not have another chance.”

He said he’s going without any expectations, but he’s researched and found online videos of previous competitions where he said it appears to get “pretty silly,” although some competitors take it seriously.

Hours before flying out of San Francisco International Airport for the Big Easy, he said he was excited to see “a big concentration of people with facial hair.”

He acknowledged that he will be one of the younger competitors, which may be a disadvantage.

“People have been growing beards longer than I’ve been alive,” he said.

Templeton moved from Florida more than a year ago to study creative writing at a graduate program at San Francisco State University and said people often notice his voluminous beard.

“The funniest are little kids,” he said. “All of them look and stare and look a little frightened by it.”

More information about the competition is available at beardteamusa.org.