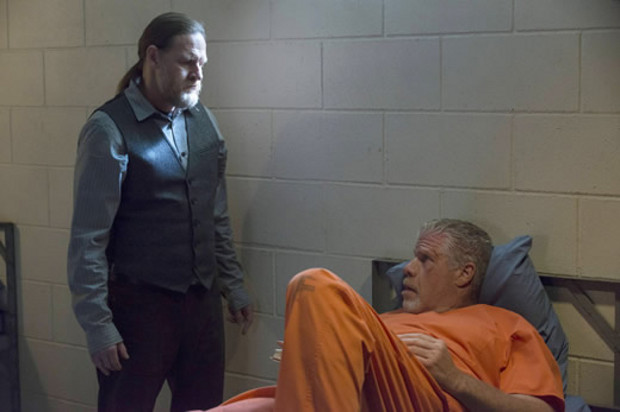 With summer finally gracing the Bay Area, is it really the best use of our time to stay indoors and watch television? That’s debatable.

Monday, September 9
The Million Second Quiz (8pm, NBC, season premiere)
I am still not entirely sure how exactly the Million Second Quiz works, even after watching the how-to video I’ve posted below. There’s an app, you play on the app, you end up in a chair, and make cash, and Ryan Seacrest hosts? Just give me a reboot of Press Your Luck (no, Whammy on GSN does not count AT ALL) with Whammy animations done by original Whammy animator/director of Better Off Dead, Savage Steve Holland. Or just do another crack at the You Don’t Know Jack television adaptation.

Maybe if we’re lucky, this will usher in a new renaissance of game shows. Or this will be so awful it gets pulled after two episodes. Either outcome is fine by me.

Diners, Drive-Ins, and Dives (9:30pm, Food Network)
I am hoping against hope that in reality this San Francisco-centric episode of Diners, Drive-Ins, and Dives is really just a cover for Petaluma resident Guy Fieri to enact his own brand of televised, off the chain, and deep fried retribution on Max Wade, the teenager who in 2011 stole the human hot wing’s (Andy Greenwald’s words) Lamborghini, and is currently awaiting trial for attempted murder. (Check out Appeal alumnus Chris Roberts’ great profile of Wade here!)

Tuesday, September 10
Dance Moms (10pm, Lifetime, season finale)
Everybody knows that all children are walking, talking containers of their parents’ failed failed dreams and aspirations, and the only way for children to realize their (read: their parents’) dreams are for parents to get truly awful wash-outs to drill, drill, drill, berate, and drill their kids. This is what Dance Moms is about.

King of Thrones (10pm, Discovery America, series premiere)
From man cave to man colon! I am willing to bet that the name for this bathroom renovation show was imagined before the premise. I suppose it was only a matter of time before the Game of Thrones pun titles started coming out.

Sons of Anarchy (10pm, FX, season premiere)
Sons of Anarchy creator/showrunner Kurt Sutter has gone on record multiple times saying that he would like to end the Hamlet on Harleys saga in its seventh season. Making this for all intents and purposes the penultimate season (penultimate usage quota reached for the month). It all goes down with a 90 minute season premiere that Sutter says will be “the catalyst for the third act of this morality play we’re doing.”

While I feel that the series has gotten increasingly off the rails (with the apex of the series being season two), the pilot of Sons of Anarchy will always hold a place in my heart for explicitly mentioning San Leandro. While it does absolutely nothing to erase the memory of San Leandro once being one of the most racist suburbs in America (akin to Parks and Recreation’s Pawnee, IN being the fourth fattest town in America) it was a cool, not really racist mention that didn’t involve Bayfair Mall in any way.

I’m still waiting for David Grohl to become a judge on a singing competition show, in a move that would completely invalidate his shots fired against the genre, as when he said that it’s destroying the next generation of musicians. Because I need one more less thing to believe in.

Masterchef (9pm, FOX, season finale)
Here’s hoping that this season’s winner of Masterchef fares out better than the winner of this season of Hell’s Kitchen, who allegedly was popped for cocaine in her system shortly after her win on the show.

Thursday, September 12
Burn Notice (9pm, USA, series finale)
For seven years, 80’s throwback Burn Notice has give B-movie legend Bruce Campbell a steady paycheck. And that’s all we can really ask for in a show.

Saturday, September 14
Cops (10pm, Spike, season premiere)
The quintessential ‘you know you are staying home on a Saturday night show’ is finding a new home on the quintessential ‘can a pair of breasts crush a beer can’ network, after twenty-six years on network TV.

Sunday, September 15
Miss America 2014 (9pm, ABC)
All pageants really are in this day and age are viral clip incubators, that after gestation are showcased on The Soup.

The Newsroom (10pm, HBO, season finale)
From what I understand about tweets about The Newsroom, The Newsroom can have its moments of brilliance, until it remembers that it is The Newsroom and does something completely baffling and infuriating.

– A New Mexico rehabilitation facility will be offering two ‘Breaking Bad’ scholarships in the Fall.

– HBO has announced that next season of True Blood will be the final season.