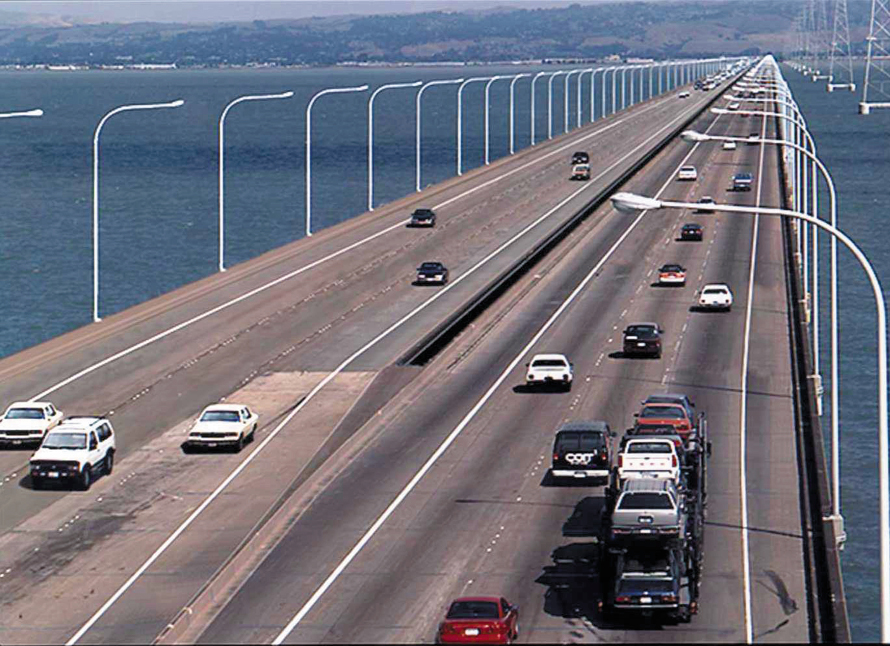 Two of four women who survived a deadly limousine fire in May described in statements released today the final tense moments before five women perished after the vehicle came to a halt on the San Mateo-Hayward Bridge.

Amalia Loyola, 48, of San Leandro, told investigators the bridal shower group had just opened a bottle of Champagne when she felt the vehicle hit a bump, then saw black smoke coming from beneath her feet
Loyola, seated in the rear of the passenger compartment, told everyone about the smoke and moved up past the bride-to-be’s presents to the front of the limo to join three other passengers.

She then immediately saw flames burst out in the rear next where the other five women sat.

Mary Guardiano, 42, of Alameda, had saved herself after squeezing through the burning limo’s narrow privacy partition when she ran over and opened both rear doors to free the others trapped inside.

But “flames shot out of the doorway and she was unable to go inside to grab anyone,” reported a California Highway Patrol officer who took her statement.

“She said she stepped back and the doors shut automatically. She said the (limo) driver just stood with his cellphone.”

The women’s statements were released today with the announcement by authorities that the limousine fire was caused by a mechanical problem and that no criminal charges would be filed in connection with the tragedy.

The announcement was made by the CHP, the San Mateo County coroner’s and district attorney’s offices and other agencies at a news conference this afternoon at the CHP’s Redwood City office.

The limousine, driven by Orville Brown, 46, had a failure of its rear air suspension system, causing the vehicle’s driveshaft to shift and make contact with the floorboard.

The metal-to-metal friction generated heat that sparked the fire, according to a report released by the CHP.
“The overall nature of this tragedy was not something that was foreseeable,” CHP Cmdr. Mike Maskarich said.

Investigators determined that Brown was not on his cellphone when the fire started, District Attorney Steve Wagstaffe said.

Wagstaffe said his office looked into manslaughter, criminal negligence or other possible charges before determining that no charges would be filed against the driver or TownCar SF, the company that owned and operated the limo.

“Some tragedies are crimes and some are not. This tragedy was not,” Wagstaffe said.

Investigators also learned that the limo, a Ford Lincoln produced in 1998 that had more than 200,000 miles on it at the time of the fire, had been reported stolen on Sept. 9, 2004, and found days later stripped of parts.

The vehicle was repaired in Southern California for about $14,000 by a now-closed business but it was not clear how much of it had been refurbished compared to its original state, the CHP reported.

The limo was permitted by California law to hold up to seven passengers and the driver but TownCar SF had carried 10 passengers in it at least five times since 2011, the CHP reported.

The five women killed in TownCar SF’s Lincoln were among nine passengers celebrating the wedding of Neriza Fojas, 31, of Monterey.

Those who died were Fojas; Jennifer Balon, 39, of Dublin; Anna Alcantara, 46, of San Lorenzo; Michelle Estrera, 35, of Fresno; and Felomina Geronga, 43, of Alameda.

The party was traveling across the bridge from Alameda to the Crown Plaza hotel in Foster City.

San Mateo Coroner Robert Foucrault said all five died of smoke inhalation and that their deaths have been ruled accidental.

Aside from Guardiano and Loyola, Jasmin Deguia, 34, of San Jose and Nelia Arellano, 36, of Oakland also survived the fire.

Eight of the nine women in the limo were current or former employees at the Fruitvale Health Care Center in Oakland.

The limousine appeared to heat up and catch fire as the driver drove it over an upward grade section of the bridge in the far right lane headed west at about 55 mph, according to a report released today by CHP Officer J. Watson.

Loyola reported the black smoke she saw to the others and then scrambled up front behind the driver where Arellanno, Degula and Guardino were, all of whom eventually survived.

They knocked on the privacy partition to tell Brown about the smoke. Brown later told investigators he at first misunderstood them, telling them smoking was not permitted in the limo.

As the car sped on, the friction from the drive shaft continued beneath the limo’s floorboard.

Loyola stated that Brown drove the limo for about five minutes after the women informed him about the fire in the passenger area.

“After we noticed that there was a fire, he kept running the limousine,” she said. “Maybe if he stopped right away, maybe a lot more of us could have been safe.”

The CHP reported that Brown finally stopped the limo after it had entered the downhill section of the bridge.

One of the passengers called 911 on her cellphone. Brown then opened the driver’s door, exited and got on his cellphone.

In his statement, Brown said while driving, one of the passengers “was yelling that it was smoking,” then he corrected himself and added “I thought that she was asking if she could smoke.”

Seconds later, he said he heard screaming about a fire in the passenger compartment, put on the brakes and “didn’t notice any smoke until I dropped the partition.”

As soon as the fourth survivor got out of the limo through the partition, the rear of vehicle was completely on fire, Brown stated.

In a report written by the Foster City Fire Department, Brad Monnet, a passing driver who stopped with his wife after seeing the burning limo, stated that he got out and tried to open a passenger door to the limo “but flames came out and he shut the door.”

The CHP today also released more than a dozen recordings of 911 calls made at or near the scene of the fire, including desperate pleas outside the burning vehicle.

Moments later, a CHP officer calling from the scene is heard ordering people to calm down, then telling the dispatcher, “There’s people telling me there’s five more people trapped inside.”

“I don’t think there is anything we can do,” the officer said. “The rear of the limo is fully engulfed and the doors are locked … I’ve got one, two, three, four, five ladies sitting on the ground.”

The California Public Utilities Commission will cite the limo company $7,500 for allowing nine passengers in the car, above the lawful capacity of seven, said Jack Hagan, director of the CPUC’s safety and enforcement division.

Hagan said he would work with state legislators on changing regulations for passenger limousines to require emergency pop-out windows on the vehicles.

Corbett said in a statement that the new requirements would ensure that “tragedies such as the one that occurred on that fateful night on the bridge can be prevented.”