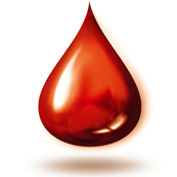 Campbell Mayor Evan Low is fighting for gay men to be able to donate blood in an effort that has spread nationwide.

The mayor, who is running for a seat in the California State Assembly in June 2014, created a petition last week on the online advocacy website Change.org urging the U.S. Food and Drug Administration and Department of Health and Human Services to allow gay men to donate blood. The petition quickly gathered thousands of signatures.

“I didn’t intend for this to blow up like this,” he said this afternoon.

The lifetime ban on gay men donating blood was imposed nearly 30 years ago but Low became involved with repealing the ban at the end of July when he was invited by the American Red Cross to host a blood drive in Campbell.

As an openly gay man, he said, “It’s like being invited to a party I can’t attend.”

He accepted the invitation to host the blood drive for the good of his community, but was not able to participate in the drive, he said.

The mayor wants to keep the blood supply safe, but believes that restrictions against gay men is outdated and based on old research and data.

Low said potential healthy donors unable to contribute to blood supplies, which are often tapped into during emergencies and natural disasters, is unfair.

“This is blanket discrimination,” he said. “Just because you are gay you have a lifetime ban.”

In March 2012 Health and Human Services started looking into a pilot study, which would review the criteria for donors to give blood.

According to the department, the ban was imposed for all men with a history of having sex with other men since 1977 because of documented higher levels of infections, such as HIV or Hepatitis B.

However, since the ban was enacted in the 1980s, there is higher quality testing for infections that could be transferred in a blood donation, according to health officials.

HHS formed a committee in 2010 to look into the ban on gay men donors and said the policy was “sub optimal.” The ban was left in place but remains under review.

Low said he has a phone conference scheduled with FDA and HHS officials in the coming weeks to discuss the policy and what next steps can be taken.

Other countries, including the U.K. and Canada, have ended blood-donation bans for gays in recent years.

As of this evening there were more than 19,200 signatures on Low’s online petition. If the petition reaches 25,000 signatures, it will be sent to federal health officials.

The petition is available online at http://www.change.org/gaybloodban.