Local Hospitals Watching Out For Woman Pretending To Be Nurse 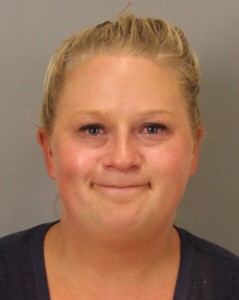 A woman who impersonated a nurse at a San Jose hospital was arrested on Friday, a Santa Clara County Sheriff’s spokesman said.

Hospital spokeswoman Joy Alexiou said they were first notified of Cook on Thursday through California Shock Trauma Air Rescue Ambulance who found a Facebook page of a woman who claimed to work at CalStar and Valley Medical Center.

Security officials at the hospital received a notification with Cook’s description and photo from security surveillance, Alexiou said.

He said she wore scrubs, a stethoscope and fake hospital identification card, he said.

The ID did not give her secured areas in the hospital, Stenderup said.

Deputies determined Cook was not a hospital employee or registered nurse, he said.

Alexiou said one of the posts Cook made on her Facebook page stated that she took part in a pediatric heart transplant, however those surgeries are sent to Stanford hospital.

“The nursing supervisors in charge all know who is supposed to be there and who isn’t,” Alexiou said.

The hospital has maintained its security procedures in spite of the incident.

“We do education with patients to make sure they know all the members of their care team. If they’re unsure of anything they’re asked to call their nurse and let us know,” Alexiou said.

Cook was booked but released on suspicion of two misdemeanor charges of false impersonation of a county employee and possession of fictitious ID card, according to the sheriff’s office.