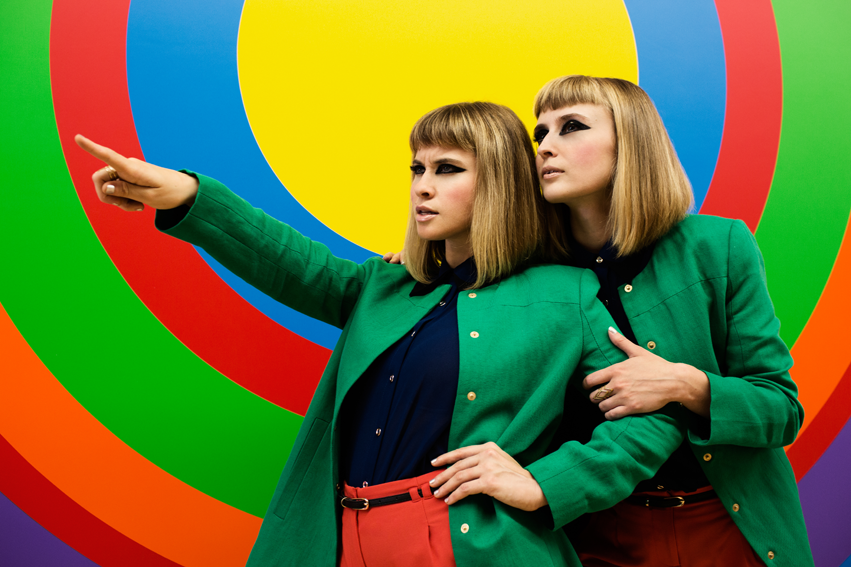 Just this past Tuesday, pet-owners and canine enthusiasts everywhere celebrated National Dog Day. The almost decade old holiday has some ardent fans in SF, a city that reportedly boasts more pooches than children. Dog-lovers celebrate their pets year-round, of course, though not many can say they’re constantly paying homage to an animal through music.

Though one might think their name comes from either a deep love of Harry Potter or as a nod to William Shakespeare, Brooklyn band Lucius is actually paying homage to frontwoman Jess Wolfe’s English Bulldog, now deceased. Fellow frontwoman Holly Laessig is at peace with Lucius’ passing and even considers the pooch to be somewhat a mascot for the band.

“He passed a long time ago,” Laessig tells the Appeal.

“When it came to a band name, we had a lot to think about. Jesse’s English Bulldog was actually named Lucius and it just kinda fit. He was very ugly but so ugly he was cute and handsome. We just liked the sound of the name and felt it complemented our retro style.”

The quintet effortlessly blend eras, their distinct sonic palette ranging from ’60s pop to the maximalism that made late ’00s rock so distinct. Laessig and Wolfe share vocal duties just as smoothly, each harmony fading into another.

For a relatively young band, their debut EP offers a surprisingly polished finished product. “Turn It Around” kicks up dust with Laessig and Wolfe’s fierce dual vocal combination, followed by percussive blasts of synth and handclap-ready drums.

Their forthcoming record is the product of efforts both at home and away. Lucius finds themselves productive on the road and in a studio, an enviable trait for a band just starting out.

“I get inspired in a different way when I’m in the studio. You’re there with all your gear, all your instruments, and you can really just try things immediately.”

As an LP, Wildewoman reflects just that. It’s a long-game album that formed around Lucius’ inception, back when Laessig and Wolfe began collaborating after college in a house that once was acted as a recording studio. The band has grown in leaps and bounds since then. Fans aching for more material need not wait until Wildewoman’s October 15 release date, however. The band is set to play their first show in the city at Brick and Mortar this Thursday.

“We’re very excited,” Laessig says ebulliently. “From what I understand, a lot of people have been waiting to see us. It’s going to be awesome.”

Catch Lucius at Brick and Mortar Thursday August 29 at 8PM.