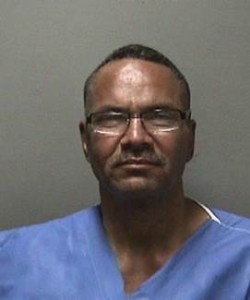 A high-risk sex offender is considered a person of interest in an Oakland woman’s disappearance Sunday and police have zeroed in on a body of water in Vallejo for a massive search effort, police said.

Alana and Coke had a dating relationship in the past, Watson said. According to the state’s sex offender registry, Alana has prior convictions for rape, rape in concert with force or violence and kidnapping to commit a sex offense and is considered a high-risk sex offender.

He has been in violation of sex offender registration requirements since June and his current address is not listed in the registry.

While Alana has not yet been accused of having a hand in Coke’s disappearance, he remains in custody on a parole violation, Watson said.

Investigators now believe that Lake Chabot near the Solano County Fairgrounds in Vallejo may be a key location in the search for Coke and are concentrating a massive search there tonight with the assistance of the Alameda County and Solano County sheriff’s offices and the FBI.

Coke was last seen leaving her home in the 600 block of Aileen Street at about 8:30 p.m. Sunday. Family members said she left to meet with someone with information about the family’s missing dog, and was expected back shortly.

Her 2007 Mini Cooper convertible was located about two miles from her home in the 800 block of 32nd Street on Monday.

According to her family, by using the “Find my iPhone app” they could track her zig-zagging all over the Bay Area before the phone was abandoned near the intersection of Macdonald and Wilson Avenues off of Interstate Highway 80 in Richmond.

Coke, an investigator at the federal public defender’s office in Sacramento, has also been missing from work since her disappearance, which her coworkers said was uncharacteristic of her.