Have You Seen This Man? SFPD Releases Photos Of Suspect In Cow Hollow Stabbing 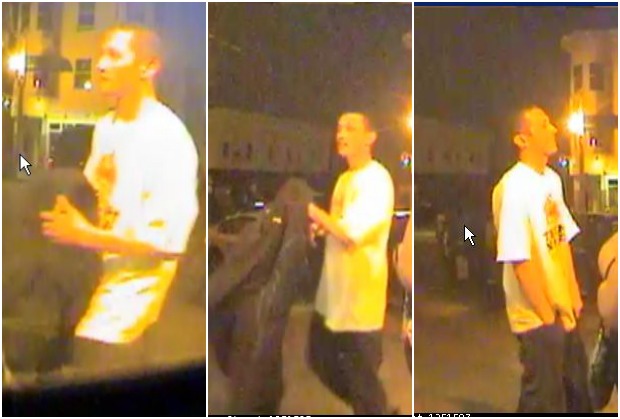 San Francisco police have released photos of the suspect in a stabbing in the city’s Cow Hollow neighborhood earlier this month and are asking for the public’s help in identifying him.

The stabbing occurred around 1 a.m. on Aug. 4 near Union and Buchanan streets.

Police said an altercation started between patrons who had just exited the bar and escalated when the suspect stabbed the victim, who is in his early 20s.

The victim suffered severe lacerations to his arms and was taken to San Francisco General Hospital to be treated for nerve damage. He has since been released from the hospital and is recovering from his injuries, police said.

The suspect fled following the stabbing and has not been found, but investigators have obtained surveillance video of him and today released photos from the footage.

The suspect is described as a white or Hispanic man between 20 and 30 years old. He is about 6 feet tall, weighs about 170 pounds, has closely shaved hair and was last seen wearing a white T-shirt and blue jeans, police said.