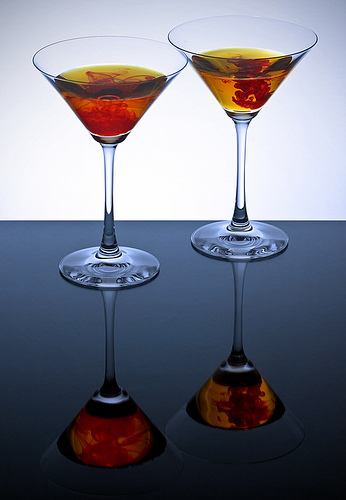 Two victims of so-called “dirty DUI” arrests testified at the trial of the arresting officer in federal court in San Francisco Tuesday that they were plied with wine at a Danville bar on the night of the incidents.

“He kept ordering flights of wine,” said witness Mitchell Katz, referring to a man he knew only as “Benny,” who was present at a 2011 meeting at The Vine, a wine-tasting bar, that was supposedly for the purpose of discussing a future television program.

Katz, the owner of a Livermore winery, and Verizon technology strategist Hasan Aksu, of Martinez, were called to the stand by prosecutors at the trial of former Contra Costa County Deputy Sheriff Stephen Tanabe.

Tanabe, 50, of Alamo, is facing federal charges of conspiracy, wire fraud and extortion for his alleged role in the drunken driving arrests of Katz, Aksu and a third man in late 2010 and early 2011.

Prosecutors allege the arrests were part of a scheme by former private investigator Christopher Butler to get husbands in divorce cases drunk and then arrested for driving under the influence.

The men were husbands or ex-husbands of female clients of Butler’s who were seeking to gain an advantage in divorce or custody disputes. The arrests were dubbed dirty DUIs.

Butler, who is expected to be a key prosecution witness against Tanabe, pleaded guilty last year to an array of charges including drug offenses, conspiracy and civil rights violations. He was sentenced to eight years in prison.

He faces one count of conspiracy to deprive others of his honest services; three counts of wire fraud related to text messages he and Butler exchanged before the arrests; and three counts of extortion for allegedly receiving cocaine and a Glock gun from Butler in payment.

His trial in the court of U.S. District Judge Charles Breyer began Monday and is expected to last about two weeks.

Defense attorney Tim Pori told the jury during his opening statement Monday that the arrests were within Tanabe’s duties and there was no proof he received cocaine and a gun in payment.

Tanabe, assigned to work as a Danville police officer, arrested Katz as he drove away from the bar on Jan. 14, 2011. Tanabe arrested Aksu on Jan. 9.

He asked another officer to arrest Lane Bauldry outside a different Danville bar on Nov. 2, 2010, because Tanabe was off duty that night, according to prosecutors.

On the stand, Katz and Aksu gave similar accounts of how they were allegedly enticed to drink at the bar.

Aksu said a man who used the name John Brownell invited him to come to the bar for an interview for a magazine article about successful European-born businessmen in the East Bay.

Katz said “John Brownell” told him he was a producer for the A&E Network who wanted to talk about a possible television program comparing Livermore and Napa wineries.

The man turned out to be Carl Marino, an actor who was a top Butler aide.

Both men were told that the meeting had to be at the Danville bar and had to be on a weekend evening. Both said attractive women later joined them at their table.

Both said that either “John” or the man known as “Benny” ordered them several flights of wine, with each flight made up of three one-ounce glasses of different wines for tasting.

Katz said that after being arrested, handcuffed and taken to the Danville police station, he began to suspect he was the victim of a scheme and voiced his suspicions to an officer there.

Butler and Wielsch were arrested a month later, and DUI charges against Katz and Aksu were never pursued.
The trial resumes in Breyer’s Federal Building courtroom on Thursday after a one-day break.

Thus far, Tanabe is the only defendant in the police corruption cases to go to trial. In addition to Butler, Wielsch and former San Ramon police officer Louis Lombardi pleaded guilty to various charges. They were sentenced to 14 years and three years in prison respectively.

One other defendant, San Ramon divorce attorney Mary Nolan, is awaiting trial on charges that she conspired with Butler to place secret listening devices in her clients’ husbands’ cars.

Katz, Aksu and Bauldry all have filed civil lawsuits in federal court against Tanabe, Butler and Contra Costa County over their arrests. Those lawsuits have been put on hold until Tanabe’s trial is completed.