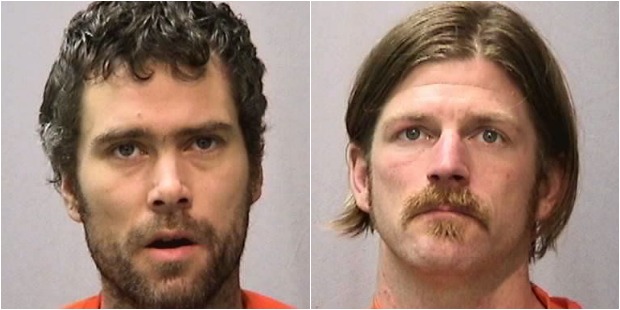 San Francisco police on Sunday made one of the biggest drug busts in the department’s history, seizing more than $1.5 million worth of MDMA powder and pills from an apartment on Mission Street.

The arrests were made shortly after police responded to a report of possible vandalism and burglary at a building there and found a first-floor window that was broken and stained with blood, police said.

There was a blood trail leading into the building, and police followed it to an apartment inside. That apartment was empty, but the blood trail continued to another apartment on the second floor, police said.

Officers knocked on the door of the second apartment and a man with blood on his hands and pants opened the door, according to police.

Police checked the apartment and found a second man inside, as well as duffel bags containing suspected narcotics. They detained the man who was covered in blood—later identified as Hagerl—and second man, Terrell, police said.

Investigators eventually determined that there were more than 23 kilograms of MDMA powder and more than 30,000 pills of the drug, also known as ecstasy or “molly,” Suhr said. Officers also seized nearly $30,000 in cash and computer equipment, police said.

Terrell also has a separate drug trafficking case pending in Illinois that involves the sale of marijuana in that state, Suhr said.

Suhr pointed out that the MDMA was found the same weekend as the Outside Lands Music & Arts Festival in Golden Gate Park, and that investigators are looking into whether the stash was meant to supply concertgoers.

“We’re happy if it is just a coincidence. If it’s not, we’re very happy that none of this found its way out to the Polo Fields,” Suhr said.

The chief said the case, which he said was one of the biggest drug busts in the department’s history, came about through simple happenstance.

“Sometimes you do get lucky, and in this instance we were lucky,” he said.

Suhr said the case is being presented to the U.S. Attorney’s Office to see if it meets guidelines for federal prosecution.