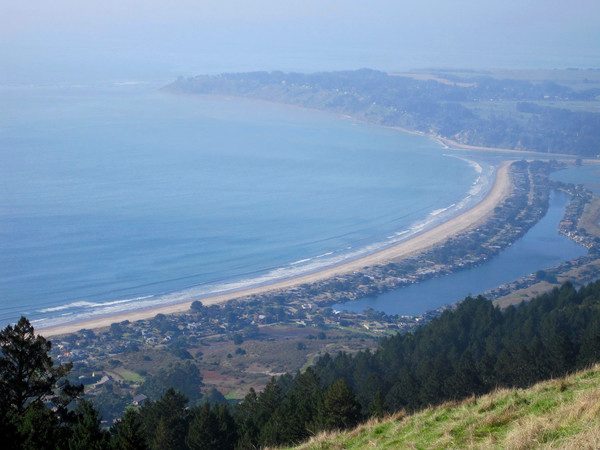 A fin whale that died on Stinson Beach in Marin County on Monday morning has been buried at the beach following a necropsy, according to a spokeswoman from the Marine Mammal Center.

The young whale calf, estimated to be about a year old, was reported to Marin County Parks around 7 a.m. on Monday on the north side of Stinson Beach near Upton Beach, Chief Park Ranger Rob Ruiz said.

The whale, estimated to be about 40 feet long, was found thrashing on its side. The whale was pronounced dead around 10 a.m., according to Ruiz.

According to Marine Mammal Center spokeswoman Kate Harle, it is likely that the whale washed up on shore around midnight during high tide.

The center’s veterinary team conducted a necropsy at Stinson Beach to determine the cause of death, Harle said.

Blood was found around the whale’s mouth and once the whale was rolled over, the center’s Director of Veterinary Science Dr. Shawn Johnson, discovered trauma to the sternum area and internal hemorrhaging around the heart, Harle said.

Air was also present in the subcutaneous tissue, between the muscle and the fat, which is indicative of trauma, according to Harle.

Until further microscopic examination of the tissue is conducted, scientists at the center said they are unable to determine the cause of the whale’s death.

This is the center’s fourth case involving a beached fin whale since 2010, Harle said.

Two of those whales died after being struck by boats, according to Harle.