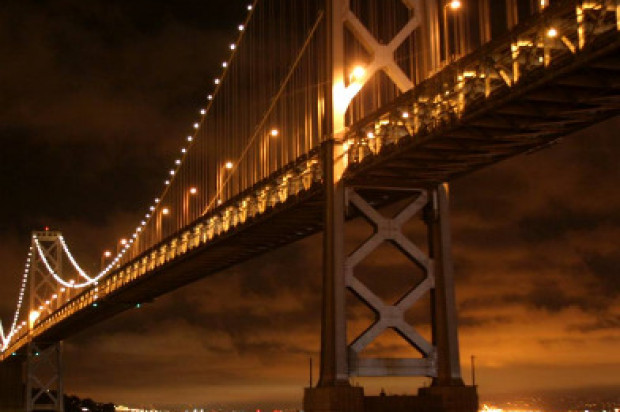 Motorists should use common sense, remain calm and plan ahead when the San Francisco-Oakland Bay Bridge is closed next week for construction work on its new eastern span before it is reopened on the morning of Sept. 3, law enforcement officials said today.

California Highway Patrol Officer Sam Morgan said, “We’re asking motorists to obey all traffic laws, to be patient and to allow themselves more time to get to their destinations.”

The Bay Bridge will be closed in both directions from 8 p.m. on Aug. 28, a week from tonight, to 5 a.m. on Sept. 3, the day after Labor Day, to complete additional work in order to open the new eastern span to the driving public.

Morgan said motorists shouldn’t try to pass CHP patrol cars when officers are in the process of closing the bridge because doing so would endanger CHP officers, Caltrans personnel and construction workers.

He said, “If some motorist tries to do something on their own, they will be contacted by the CHP.”

Transportation officials are mounting a massive public information campaign to let people know that the bridge will be closed but Morgan said there are always some people who don’t get the message and ask officers why the span isn’t open.

“There are always a few people on another planet,” Morgan said. “We get a lot of people who are from outside the area or who are on a different drumbeat.”

He said drivers who usually use the Bay Bridge but plan to use other area bridges while the span is closed should learn about the geography in those other areas so they don’t get lost.

CHP Officer Mike Ferguson said motorists should make sure they have a full tank of gas in case they get stuck in traffic while trying to use the Bay Bridge just before it closes and are suddenly forced to take an alternate route.

San Francisco police spokesman Albie Esparza and Oakland police spokeswoman Johnna Watson said their agencies will help the CHP during the bridge closure by having officers at the approaches on each side of the Bay Bridge.

In addition, Watson said the Oakland Police Department’s marine unit will be available to help patrol the San Francisco Bay if there are emergencies.