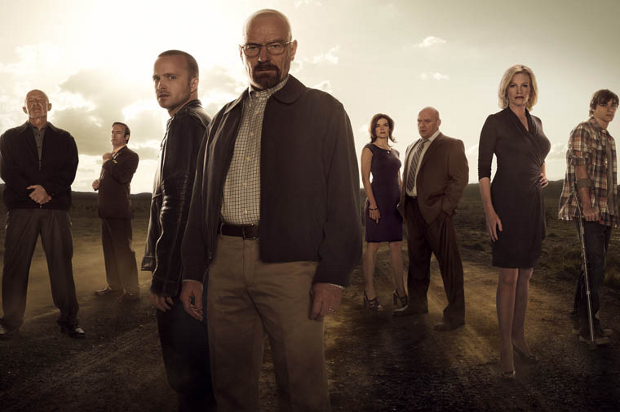 Shark Week 2013 is GO. Now I will admit, I would be lying if I said I wasn’t contemplating rehashing the entire Shark Week 2013 schedule and calling it a week. But that would be a total cop-out. So, entire Shark Week listings can be found here. Be sure to check out Shark After Dark at 11pm, where I’m hoping for some racy conversation, or shark nip slip. Putting ‘after dark’ after anything just reminds me of how the preview channel would turn into the Playboy Channel at 11pm, and then you’d sit there for like fifteen minutes trying to make heads or tails of anything.

You might learn actually something from Shark Week! With program choices such as Alien Sharks of the Deep (Thursday, August 8, 10pm) how could you not? But chances are that if you choose to watch that, you will be stoned out of your dome piece and will want to see how many groan inducing Sharknado/you’re gonna need a bigger boat references you can yell at the TV.

And if it’s not Shark Week you’re focusing on this week, you are probably reading every single Breaking Bad retrospective that is out there.

Monday, August 5
Real Housewives of Orange County (9pm, Bravo, season finale)
What started out as a way to ride/subvert the waves of Desperate Housewives has outlived its original source material and has vomited out its own mutant and geologically specific progeny. Orange, because of the county, the color of their skin, and it is definitely not the new black (you’d have to watch Real Housewives of Atlanta for that).

Tuesday, August 6
Drunk History (10pm, Comedy Central)
I try to avoid repeating shows, but tonight’s episode of Drunk History features stories from San Francisco. Among them, Natasha Leggero regaling us with the story of the kidnapping/brainwashing of Patty Hearst by the Symbionese Liberation Army. In fact, watch the first part of the story below, with Kristin Wiig playing the part of Hearst. Also, random Terry Crews sighting!

So what if you made a sandwich called the Patty Wurst, where it’s bratwurst sans casing smushed into a patty? And you’re not going to like it for the first three bites, but you will learn to sympathize with the sandwich from bite four on. No? I’ll continue with the television listings then.

Wednesday, August 7
Broadchurch (10pm, BBC America, series premiere)
Series premiere in the sense that if you hadn’t already torrented in the eight episode run when they originally aied in the UK in March. From former Doctor Who writer and Law and Order UK showrunner Chris Chibnall, this is David Tennant’s second post Doctor Who television gig (the first being the unfortunate Spies of Warsaw). Also starring former Doctor Who companion Arthur Davill (Rory!). You already know the drill here – murdered child, damaged investigators, small town, emotional napalm, dark secrets. What is lacks in originality, it makes up for with its acting and plumbing of the sadness depths.

That said, I highly recommend reading Andy Greenwald’s Grantland piece on television’s proliferation of murder. Not in the violence sense, but in the cheap means to an end sense (with Broadchurch being the focal point) though no current show about murder is spared (I mean, for chriss sakes, The Killing is right in its title).

And lastly, uh oh, it looks like FOX will be adapting the ‘event series’ for its 2014 – 2015 television season with Chibnall in an executive role. Everybody get your tickets punched to the ‘the original was better’ train, quick! And pray to the television gods it doesn’t just become The Following 2: Follow Back Y’all.

Thursday, August 8
Panic 9-1-1 (10pm, A&E, season premiere)
I am positive that William Shatner is not above a reboot/relaunch of Rescue 911, the show he hosted from 1989 to 1996. So why not bring back Rescue 911 with a sexy and dark re-imagining? Or we could have Wiliam Shatner guest star on an episode of Bar Rescue, and just call it Bar Rescue 911, or whatever the punny geniuses who name episodes of Bar Rescue have in mind, which is also fine by me.

Friday, August 9
Strike Back (10pm, Cinemax, season premiere)
In my mind, Strike Back is a a throwback to the 90’s Saturday afternoon action programming on FOX or UPN. Think Hulk Hogan in Thunder in Paradise or Soldier of Fortune Inc. (which starred Dennis Rodman in its second season). There’s also skin in it, as you can’t spell CInemax without skin. As is the legacy of Cinemax.

Saturday, August 10
Clear History (9pm, HBO)
Larry David gonna do Larry David things while in a wig and beard get-up is the premise of this HBO telefilm. David plays a former marketing executive for an electric-car company that goes on to make millions after he leaves and sells his company shares. Clear History is also a murderer’s row of people you’ve seen in other places and probably like. As lifted from the site: Jon Hamm, Bill Hader, Philip Baker Hall, Kate Hudson, Michael Keaton, Danny McBride, Eva Mendes, Amy Ryan, and J.B. Smoove.

Sunday, August 11
Breaking Bad (9pm, AMC)
This is the moment we’ve all been waiting for! Why bother even trying to write about it, when you can watch the latest teaser trailer featuring White on poet Percy Bysshe Shelley’s Ozymandias.

ICYMI:
– Rashida Jones and Rob Lowe will be leaving Parks and Recreation this year. Shoutouts to Executive Producer Mike Schur for explaining that “it felt like a natural time to move them into the next phase.” The alternative of course is leaving the two with nothing to do, and all of us hating them because of it.

– Out of all the Breaking Bad retrospective madness that has been coming through the internet pipeline this week, I was most impressed with the billboards posted around Albuquerque, thanking the city and having “great chemistry together.” This marries my two loves: television and civic pride.

-Tracy Morgan once modeled for a barber shop poster. Now you know.