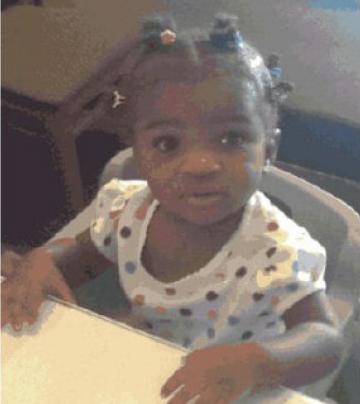 Webb told police that Daphne was abducted by a stranger shortly after 11 a.m. Wednesday while she sat in a parked car with his 87-year-old mother while he went inside the Gazza Supermarket at 7838 International Blvd. to buy something.

Oakland police arrested Webb on suspicion of felony child endangerment later on Wednesday because they were concerned that he left Daphne in the care of his mother, as she suffers from dementia, police spokeswoman Johnna Watson said.

However, Webb was released from custody on Friday after the Alameda County District Attorney’s Office said it’s declining to file charges against Webb at this time.

Watson said today that in conjunction with releasing a new photo of Daphne (above) as well as a photo of Webb’s vehicle (below) police are asking for the public’s help in establishing a timeline of when Webb and Daphne were last seen together.

Daphne is described by police as black with short, curly black hair, a deformity in her left ear and as 2 feet tall and 30 pounds.

Police are still seeking and treating as a suspect a woman described as black or Hispanic and in her 30s with long black hair, wearing a light-colored top and blue jeans, who witnesses said they saw seen walking away from the Gazza Supermarket area Wednesday morning with a girl similar to Daphne.

However, Watson said no one has reported actually seeing Daphne get abducted.

Daphne lives with her father and grandmother at a residence in the 800 block of Greenridge Drive, off Keller Avenue, in the Oak Knoll area of northeast Oakland, according to Watson.

Daphne’s mother lives at a separate location but has been cooperative with police and isn’t considered a suspect, Watson said.

Oakland police, with the assistance of the FBI and other law enforcement agencies, have searched for Daphne at a number of locations but haven’t found her yet.

Watson said anyone who saw Daphne or Webb’s vehicle in the vicinity of the Gazza Supermarket shortly after 11 a.m. on Wednesday should call Oakland police at (510) 238-3641. 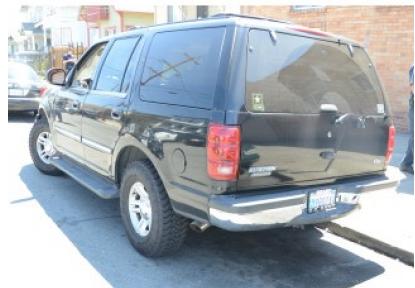