No Prison For Technician At Center Of SFPD Crime Lab Scandal 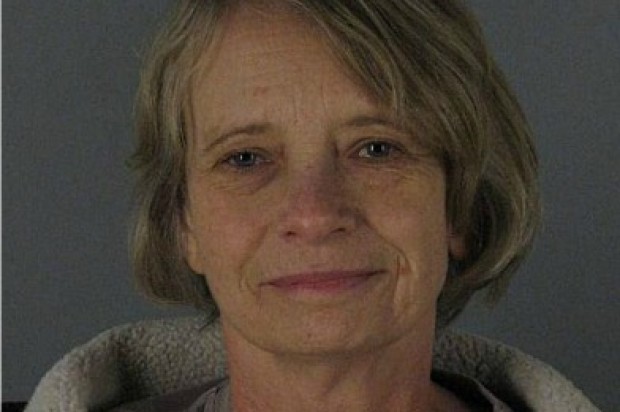 A former San Francisco police crime laboratory technician avoided a prison sentence today when a federal judge sentenced her to one year of home confinement and five years of probation for misdemeanor cocaine possession.

Deborah Madden, 63, of San Mateo, told U.S. District Judge Susan Illston, “I’m not proud of the way I ended my career. I ended it in a shameful way.

“I apologize to the people of San Francisco and to the criminal justice system,” Madden said at the sentencing at the federal courthouse in San Francisco.

Illston also ordered her to pay a $5,000 fine and perform 300 hours of community service, but rejected prosecutors’ request for a one-year prison sentence, the maximum possible for the conviction.

“What we have here is a misdemeanor possession case,” the judge said.

Madden pleaded guilty to the misdemeanor count in March after two trials in Illston’s court on a more serious felony charge of obtaining cocaine by deception or fraud ended in mistrials with hung juries in 2012 and January of this year.

Madden did not testify at the federal trials, but in a taped interview used as evidence, she admitted to police investigators in 2010 that she took trace amounts of cocaine from her office in late 2009 and said she had been trying to control an alcohol problem.

In her written plea agreement, she admitted she “knowingly possessed cocaine outside the scope of my employment” within San Francisco on Dec. 3, 2009, but did not say where she possessed the drug.

Madden’s actions and other problems at the laboratory led to the temporary closure of the drug analysis unit and the district attorney’s dismissal of hundreds of criminal cases that depended on evidence analyzed there.

Assistant U.S. Attorney Andrew Caputo, who said that more 700 cases were dismissed, unsuccessfully argued that that factor and the need for deterrence would justify a prison sentence.

Caputo argued that unlike some drug defendants, Madden had the resources to seek substance abuse treatment, but “instead, she tampered with evidence.”

He said, “How she came to possess the cocaine is important.”

He said in the brief that Madden has been sober since she entered a drug recovery program on Dec. 15, 2009, and now attends Alcoholics Anonymous meetings five or six times a week. She is studying at the College of San Mateo to earn a certificate as an alcohol and drug counselor, DeMeester wrote.

Illston commented, “There certainly was a lot of chaos caused in the wake of the discovery of what she’d done and she’s responsible for a substantial part of the chaos.”

Illston said the one year of home confinement amounts to the maximum term of confinement permitted for the conviction, but avoids the government expense of sending Madden to prison and takes account of her “extraordinary efforts to control her situation at this time.”

Outside of court, DeMeester said, “We’re glad it’s over.”

Madden was a civilian Police Department employee at the laboratory in offices at the former Hunters Point Naval Shipyard for 29 years. She went on leave when she entered the rehabilitation program in December 2009 and retired permanently in March 2010.

At the two federal trials, her defense attorneys argued that she merely took what was on her desk and there was no proof of the fraud or deceit needed for a conviction on the original felony charge.

Prosecutors contended she acted deceptively by working late more than usual in late 2009 so that she could take cocaine when no one was watching, and by opening a colleague’s locked evidence locker and re-stapling an envelope that contained drugs.

Prosecution witnesses testified that 10 evidence envelopes analyzed by Madden and her two colleagues at the unit in late 2009 appeared to be missing a total of about one-half ounce of cocaine when they were reweighed during an investigation. Defense attorneys questioned the accuracy of the weighing.

In a separate state case, Madden was convicted in San Mateo County Superior Court in 2011 of possessing 0.09 grams of cocaine found in a search of her home in March 2010 and was sentenced to undergo drug counseling.