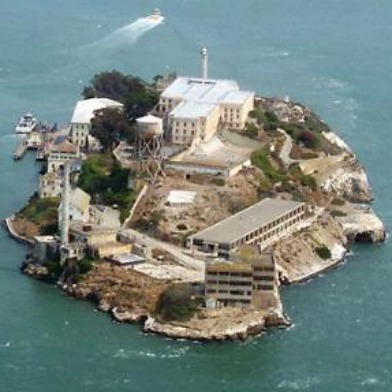 Two men who went on a night swim to Alcatraz Island prompted a three-hour search and rescue effort in the Bay on Thursday, a U.S. Coast Guard official said.

The pair was eventually found on the island wearing wetsuits, fins, and weighted belts for the swim.

A friend on the San Francisco shore reported the swimmers to authorities. The friend said he had tried to dissuade the two from heading into the water, Roybal said.

The two men were found hiding on the island after several Coast Guard boats had been sent to the area to search for them.

According to Roybal, the two were trespassing on National Park Service property.

The swimmers were in OK condition and did not need any medical assistance, Roybal said.