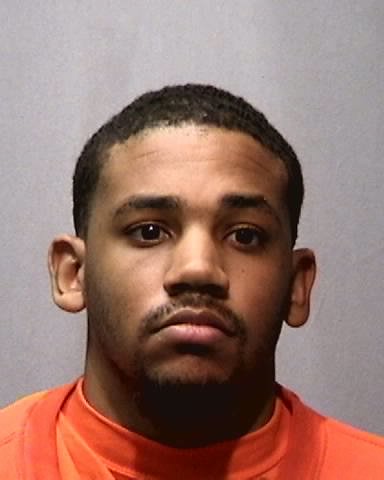 Barry White Jr., 23, entered the pleas this afternoon in a courtroom crowded with family members of the victims of the July 12 attack, which happened at Victoga Inc., a jewelry store inside the San Francisco GiftCenter & JewelryMart at 888 Brannan St.

Prosecutors claim White shot and stabbed to death Lina Lim, 51, and Khin Min, 35, and seriously injured store owner Vic Hung in an apparent dispute over the price of a piece of jewelry he had purchased.

White faces 16 felony charges—two counts of murder, seven counts of attempted murder, six counts of assault on a police officer and one count of possessing an assault rifle, prosecutors said.

He remains in custody without bail and will return to court on Sept. 24 for a hearing on evidence in the case.

Following the hearing, someone yelled “Murderer!” at White as he was led out of the courtroom, and Lim’s sister broke down in tears as she left court.

Annie Sin, a cousin of Lim, told reporters outside the courtroom that the hearing was very emotional for the family.

“He can say ‘not guilty’ but we know justice will be served,” Sin said.

Sin said she and other family members were planning to meet with prosecutors after this afternoon’s hearing to find out more about the case.

She said they had initially wanted to see surveillance video of the attacks, but were told the footage was too graphic for them to view.

“They said even well-trained professionals had a hard time dealing with it,” Sin said.

Clark said White waited for other customers to leave the store before he approached the counter with a revolver and shot Hung three times and shot at Lim once.

White then went toward the store’s exit where Min was standing and allegedly shot her and cut her with a folding knife, then went back to the other two victims and attacked them with the knife, nearly decapitating Lim, the prosecutor said.

Prosecutors said that after reloading his revolver, White then left the jewelry store covered in blood and encountered officers who had responded to a report of shots fired. He shot at the officers but missed and eventually surrendered outside a nearby Mexican restaurant, police said.

Police did not return fire at White and later found the illegal assault rifle in his car parked nearby.

Deputy Public Defender Steven Gayle, who is representing White, told reporters outside of court last week that his client appears to have had a “serious mental breakdown” at the time of the killings.

White was previously charged with assault with a deadly weapon and resisting arrest for an August 2009 incident in Antioch in which he allegedly rammed an Antioch police vehicle with his car.

An officer opened fire at him, and White later filed a civil rights lawsuit against Antioch police in 2011.

White was still awaiting trial on the charges in the 2009 case at the time of the JewelryMart killings.