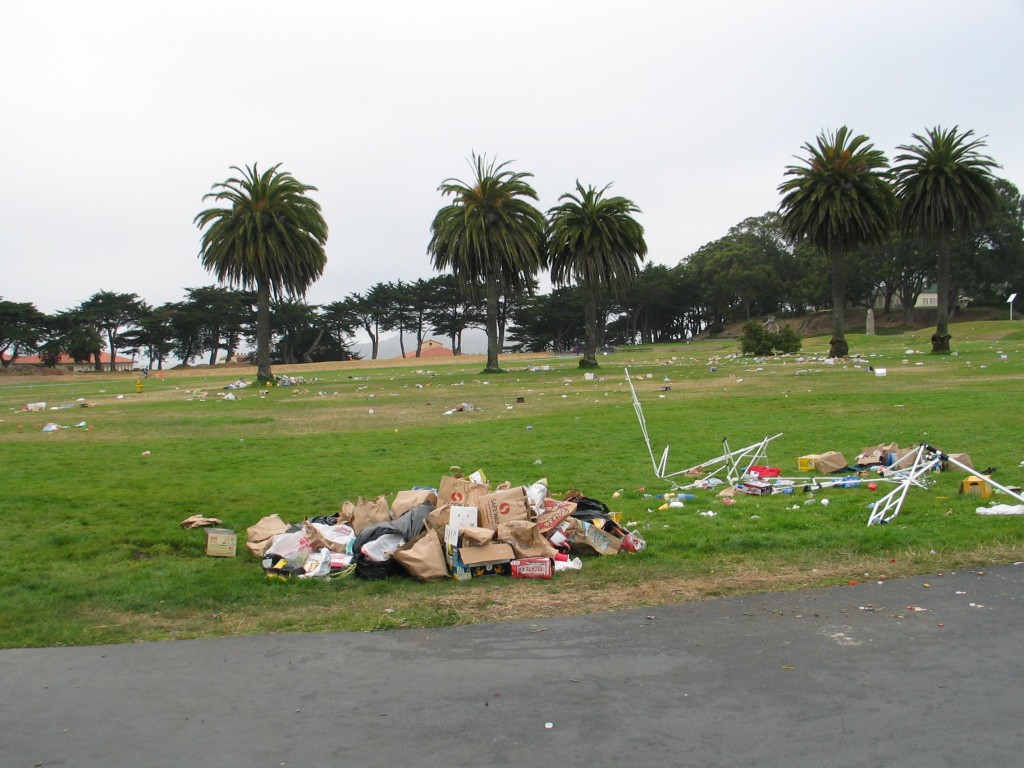 Park officials said holiday revelers last year left behind mounds of garbage (pictured above and below) including bottles—and even furniture—at the waterfront park, which is part of the Golden Gate National Recreation Area.

As a result, park officials are banning the glass containers and kegs while also adding more trash and recycle bins to avoid further problems.

“This kind of misuse is not acceptable,” GGNRA Superintendent Frank Dean said in a statement. “Parks are to be enjoyed by everyone, not trashed.”

Barbecue grills and charcoal have never been allowed at the Great Meadow and will continue to be banned, park officials said.

New signs have been installed at the park with information about the updated regulations.

“We expect people to respect the rules and take responsibility for cleaning up after themselves so they can continue to enjoy the parks in the future,” Dean said. 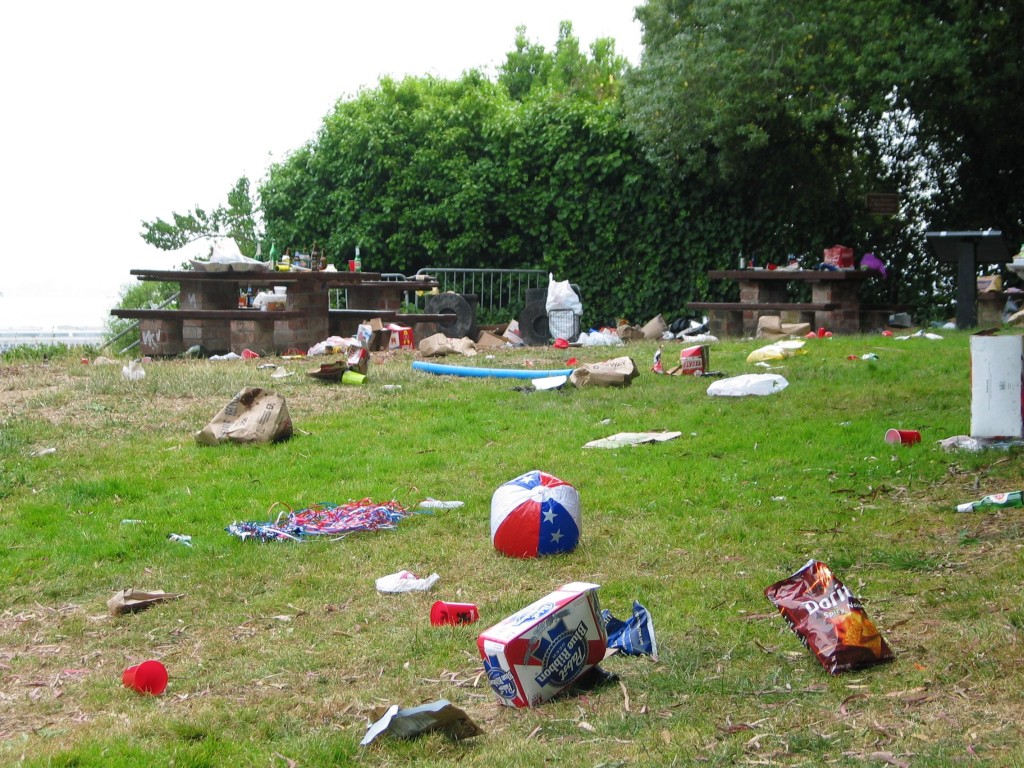