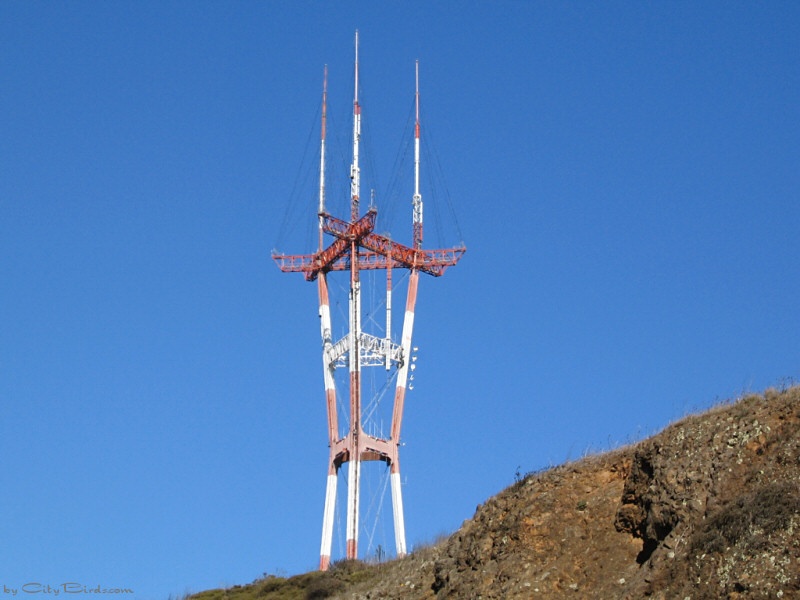 The 977-foot-tall steel tower, which holds about 200 antennae, was completed in 1973 after a $4 million construction project that started in 1971. The tower began transmitting signals on July 4 of that year.

Workers, engineers and neighbors of the tower planned to join city leaders at the festivities today, which were slated to include a barbecue and cake.

The tower, named for the hill, Mount Sutro, from which it rises, is used by 11 television stations, four FM radio stations, satellite and cable providers, and public safety agencies and commercial wireless communication services.

Hyams said there is no danger of the tower becoming obsolete, even as fewer Bay Area residents receive over-the-air TV reception.

“As wireless technology grows, there’s more need than ever,” he said.

The tower was built as residents of the growing Bay Area were struggling to receive quality TV signals from existing towers, Hyams said. Weak signals were a problem in some parts of San Francisco and in the outlying suburbs, he said.

Hyams said the tower has changed very little since it was erected.

He said everything is checked and maintained throughout the year, and that the biggest challenge is the fog. Repair crews are constantly battling the moisture that causes corrosion and rust, Hyams said.

The tower is not open to the public and is operated by Sutro Tower Inc., a corporation founded by owners of several local TV stations.