Bay Area Collector’s Dress From The Wizard of Oz Sells For $300,000 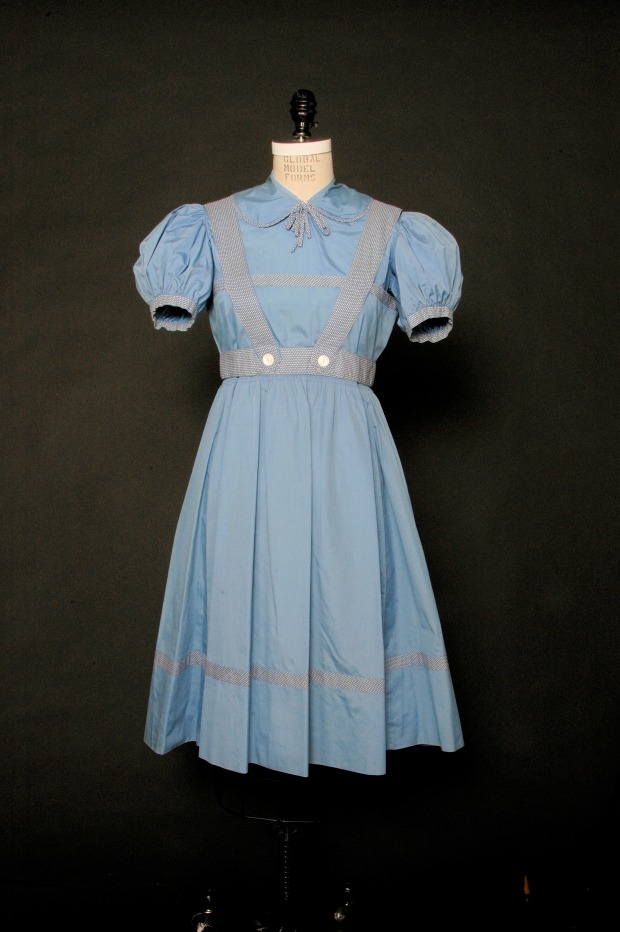 An early version of a dress worn by actress Judy Garland in her role of Dorothy in the film “The Wizard of Oz” sold at a Southern California auction this weekend for $300,000.

The dress was only worn during the first two weeks of filming in 1938 with director Richard Thorpe and did not appear in the film.

Bay Area Hollywood memorabilia collector Barry Barsamian had the dress for more than three decades before it sold Sunday at the Profiles in History auction house in Calabasas Hills for $300,000.

“It kept going higher and higher,” Barsamian said in a phone interview from Calabasas Hills.” “When it hit $200,000 … that’s when it just jumped.”

After owning the dress for 31 years he realized it was time for it to move on.

“I would hate for something to happen to me and people wouldn’t remember where I have it,” he said. “We don’t want to lose the magic.”

The dress is a solid blue pinafore with polka-dot trim and puffed sleeves. Garland wore the dress with a blonde wig. The actress’ name is written with ink inside the dress.

The outfit had traveled the country as part of a collection in the bicentennial celebration of the Smithsonian Institution’s “Freedom Train” from 1975 to 1976.

In the movie, viewers saw Garland wearing the iconic blue gingham dress with white puffed sleeves and she wore her hair in brown braids.

The final version of the 1939 film was ultimately directed by Victor Fleming.