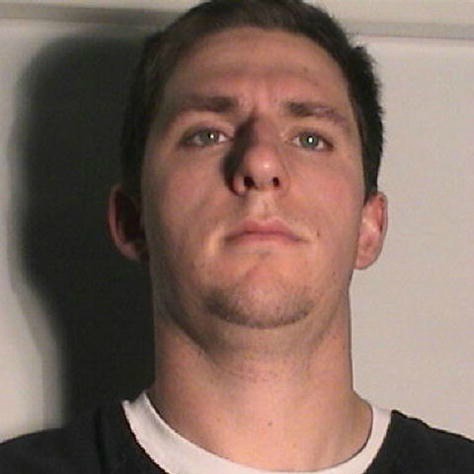 A federal appeals court in San Francisco today cleared the way for a trial on two civil rights lawsuits filed against former BART police officer Johannes Mehserle and other officers by the father of Oscar Grant III and five of Grant’s friends.

Grant, a 22-year-old Hayward resident, was fatally shot by Mehserle at BART’s Fruitvale station in Oakland early on New Year’s Day in 2009 as Mehserle and other officers responded to reports of a fight on a train.

Mehserle, who said he accidentally drew his revolver instead of his Taser stun gun, was later convicted of involuntary manslaughter and sentenced to two years in prison.

The two lawsuits were filed by Grant’s father, Oscar Grant Jr., and five companions who were handcuffed and detained by officers for several hours but never charged with crimes.

The father claimed the fatal shooting of his son denied him the right of familial association, while the five friends alleged the officers used excessive force.

A three-judge panel of the 9th U.S. Circuit Court of Appeals rejected claims by Mehserle and former officer Anthony Pirone that they were protected from the lawsuits by the doctrine of qualified immunity.

The panel said a trial judge should reconsider whether a third officer, Marysol Domenici, was entitled to immunity.

Circuit Judge Mary Murguia wrote, “It is possible that a jury will conclude, after weighing all the facts, that the officers committed no constitutional wrongs.”

But the court’s task in the pretrial appeal, Murguia wrote, was to merely to determine whether there was a basis to allow a trial.

The court, ruling on the father’s lawsuit, said there was a genuine issue as to whether Mehrserle’s actions “were required by a legitimate law enforcement purpose” since Grant was allegedly already subdued and on the ground when Mehserle approached him.

The appeals panel upheld most of a similar pretrial ruling by now-retired U.S. District Judge Marilyn Patel in 2011.

The lawsuits have been reassigned for trial to U.S. District Judge Edward Chen, and there is an Aug. 8 status conference scheduled on the cases.

John Burris, a lawyer for Oscar Grant Jr. and the other plaintiffs, said, “The heart of the case was maintained. Now there is an opportunity for these men to have their case heard.

“We’re ready to go,” said Burris, who estimated that a trial could be held sometime in 2014.

In other details related to the lawsuit filed by Grant’s companions, the appeals court said Merhserle should be granted qualified immunity on an unlawful arrest claim by Fernando Anicete Jr., but denied immunity on a similar claim by Jack Bryson Jr.

It said the trial judge should reconsider whether there is any evidence that Merhserle was responsible for the extended detentions of Anicete, Carlos Reyes or Nigel Bryson.

Mehserle’s lawyer in the civil case, Michael Rains, called the decision “a mixed bag” for his client, since the court agreed with a couple of Mehserle’s appeal arguments while rejecting others.

“Johannes had nothing to do with the detention” of Anicete, Reyes or Bryson, Rains said.

Rains said that in a trial, “I am confident an impartial jury will find no constitutional violation on the part of Johannes Mehserle that will subject him to liability.”

An attorney for Pirone was not immediately available for comment.

Two other officers who did not appeal Patel’s ruling, John Woffinden and Emery Knudtson, are also defendants in the lawsuit filed by Grant’s companions.

Two other civil rights lawsuits filed by Grant’s relatives have been settled. Sophina Mesa, the mother of Grant’s young daughter, settled with BART and officers on behalf of her child for $1.5 million in 2010.