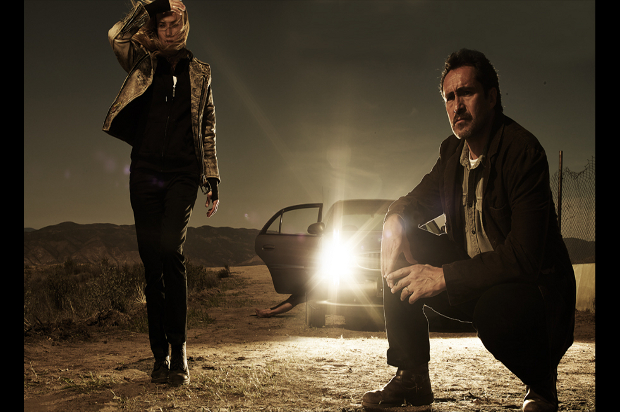 Well, how was your Fourth? That’s great. Pride of San Jose, Joey Chestnut, ate 69 hot dogs at the yearly Fourth of July Nathan’s hot dog eating contest. And on July 6, Long Island native Chris Weidman pulls off the upset and defeats the Greatest of all Time Anderson Silva via knockout in the second round and becomes the new UFC Middleweight Champion, ending a reign that lasted for damn near six years and a record ten title defenses. So, OK, USA:

As always happens to me, I woke up to five different people posting the Bill Pullman monologue from Independence Day on their Facebook feed and my block turned into a dramatic re-enactment of the Tet Offensive.

Tuesday, July 9
Drunk History (10:00pm, Comedy Central, series premiere)
The show that features comedians getting drunk and recounting (to the best of their drunk ability) famous historical incidents (with little to no historical accuracy) makes the leap from the internet (living on Funny or Die) to Comedy Central. And just so you know, the first episode has been available on Comedy Central’s site for a couple of weeks now. There’s vomit! And also, Jack Black, Dave Grohl, and Bob Odenkirk.

Wednesday, July 10
The Bridge (10pm, FX, series premiere)
Oh boy, am I excited for this. Loosely based on Danish/Swedish show of the same name, The Bridge focuses on a joint investigation between both US and Mexican authorities. A serial killer has left a body sewn up with parts from both US and Mexican citizens at the halfway mark of the Bridge of the Americas. Starring Diane Kruger (Inglorious Basterds) and Demián Bichir (Weeds). And Matthew Lillard! (Scooby Doo, Wing Commander, Scream, I can go on and on here). With what The Americans accomplished in getting a show about Russian spies living in Cold War America in the 80’s did for relationships, I cannot wait to see how a corpse made of American-Mexican parts deep dives into US-Mexico relations.

If the new season of The Killing wasn’t doing well, I’d get all ‘hur hur watch this instead hur hur I write about television,’ but The Killing is doing well. So watch both. Or don’t.

Friday, July 12
Comedy Bang! Bang! (10pm, IFC, season premiere)
Surreal television adaptation of the podcast of the same name, hosted by Scott Auckerman (Mr. Show with Bob and David). The first season is on Netflix, if you are inclinced. Hilarious and zany, and, let’s be honest, you’re going to watch anything that features genius Reggie Watts as a band leader.

Saturday, July 13
Being Human (10pm, BBC America, season premiere)
Not the Canadian-American remake on Syfy, which was renewed for a fourth season (much to my surprise), but the original BBC series. The show which answers the question, “what happens when a ghost, a werewolf, and a vampire share an apartment (or rather, flat)?” airs its final season (or series, rather) on BBC America.

Sunday, July 14
Dexter (9pm, Showtime)
Years after its sell-by date has past, Dexter limps along to its inglorious end.

The Newsroom (10pm, HBO)
Judging from the season two trailer, I can only ascertain that season two is an adaptation of Moses wandering around in the desert for forty years. A show that can only be described as ‘well, if you like Aaron Sorkin, you’ll like the Newsroom.’ Which also kind of means ‘if you like badly written female characters, you’ll like the Newsroom.’ Did I mention badly written female characters? Because I think the new characters introduced in season two are trying to tell us something.

– As someone who grew up watching Food Network, this piece by Andy Greenwald detailing what Food Network has wrought on the culinary media landscape is masterful.

– Speaking of food, if you are curious about how the reality tv sausage gets made, look no further than The AV Club, which posted an interview with Troy DeVolld, someone who has worked from The Osbournes, to Dancing With the Stars, to VH1’s Basketball Wives.