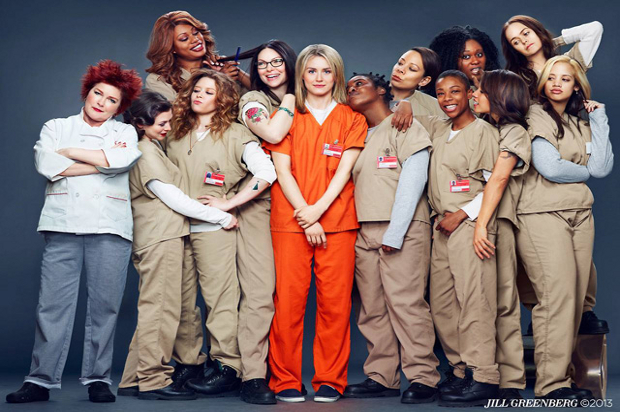 Otherwise, another Comic-Con is over and done with. The people who still insist that the event is only for nerds are still missing the point, and probably will probably follow that “observation” with something about how they scored the winning touchdown at their high school Homecoming game over twenty years ago. Television rules the day at Comic-Con, with panels for Doctor Who and Breaking Bad (among other things) filling the 6500 seat Hall H to capacity. The people at HitFix live-blogged a lot of the panels, which you can find here.

Did I tell you about the time I got booed off the mic at a Stargate Atlantis panel for trying to ask the cast and crew for a clarification on the mechanics of inter-galaxy gate travel? I realized how stupid the question was, and scrambled to apologize, finally trying to save face by declaring that yes, San Dimas High School Football rules.

Monday, July 22
Breaking Pointe (9pm, CW, season premiere)
As far as Breaking Bad pun titles go, Breaking Pointe, which follows Ballet West, a dance company based in Salt Lake City, is probably in the upper echelon. (Versus something like Breaking Amish, which is just trying to shoehorn the issue.)

Tuesday, July 23
Airport 24/7: Miami (9pm, Travel, season finale)
A reality show that tries to make the going-ons and happenings at Miami International Airport look like an episode of 24.

Wednesday, July 24
Joe Rogan Questions Everything (10pm, SyFy, series premiere)
The stand-up comedian, UFC commentator, host of the Joe Rogan Experience podcast, and the guy forever known as the host of Fear Factor gets a new show on SyFy exploring all things on the fringe. Like Bigfoot? Especially Bigfoot. Speaking of Fringe, I couldn’t find the original announcement trailer for this show, but it was great because it looked like a $5 re-imagining of the Fringe opening credits.

Saturday, July 27
UFC on FOX 8 (8pm, FOX)
Flyweight champion Demetrious Johnson defends his belt for a second time against John Moraga in Seattle. In the co-main event, 90’s Bond Villain throwback/American Psycho lifestyle enthusiast Rory McDonald faces off against Jake Ellenberger in a match with some number one contender ramifications. More likely, with the way things work in the UFC, winner stays ‘in the mix.’

Sunday, July 28
Celebrity Wife Swap (8pm, ABC, season finale)
This show is the perfect storm of what America is about: celebrities and a fast and loose interpretation of what the sanctity of marriage really means.

NETFLIX:
I’ll be the first to admit that I’ve been lousy at keeping up with the stuff on Netflix! But Orange is the New Black is gonna be the new show that all your friends will say is amazing, and will pressure you into watching. And the thing is, it is amazing. From Weeds creator, Jenji Kogan, Orange is the New Black is adapted from the memoirs of the same name by Piper Kerman.

And if you already haven’t caught the teasers for the new episodes:

– Between autotuned Bob Ross, an awesome new advertising campaign taking shit about reality shows, and now old Where in the World is Carmen Sandiego episodes returning to PBS? PBS is straight up killing it right now.