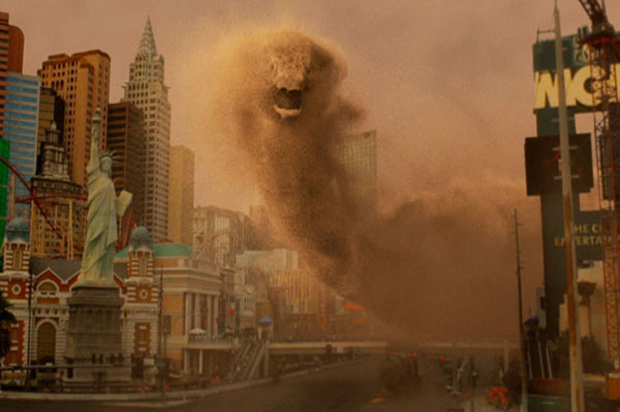 Cory Monteith, 31 better known as Finn Hudson on FOX’s Glee was found dead in his room at the Fairmount Pacific Hotel in Vancouver on Saturday. The cause of death was not given.

So leave it to CTV, by way of journalist/former Reuters Deputy Social Media Editor Matthew Keys to let us know that Monteith’s last tweet was explaining what a Sharknado is:

Hat tip to stand-up comedian/friend in real life, Mimi Vilmenay for the heads up.

Monday, July 15
Home Run Derby (8pm ET, ESPN)
In the wake of Tim Lincecum pitching a no-hitter against the San Diego Padres on Saturday, I am feeling compelled to write about sports aside from competitive eating and Mixed Martial Arts.

Back to the Home Run Derby, with it taking place in New York, I’m gonna assume the actual start time for us Best Coasters is 5pm. Temporal mechanics!

Tuesday, July 16
Whose Line is it Anyway? (8pm, The CW, season premiere)
Finally, the show that made high school theater nerds and families across the country go ‘lol’ comes back with the dark and gritty reboot we’ve all been waiting for. Hosted by San Francisco native and comedy dynamo Aisha Tyler (Archer, and host of podcast Girl on Guy) with returning Whose Liners Ryan Stiles, Wayne Brady and Colin Mochrie.

Suits (10pm, USA, season premiere)
Part two in a two part Tuesday night USA blue sky television block. Holy shit, did USA really cut its Suits season premiere trailer as a Game of Thrones parody? I thought this was a fanmade video at first, and USA probably got a random Suits/Game of Thrones fan to cut this for them, but wow. Slow clap, USA.

But hey, for all the low-hanging fruit shit people give Honey Boo Boo, it might just be the most honest portrayal of a loving family on TV. Well, more honest than Modern Family, I suppose.

Thursday, July 18
Project Runway (9pm, Lifetime, season premiere)
I only watched season three of Project Runway, and for the following year prefaced any and all fashion related thoughts with ‘as someone who watched a season of Project Runway.’ It was a dark period for me.

Blast Vegas (9pm, SyFy)
While almost certainly not replicating the magic that Sharknado had (at least on social media, not so much in actual ratings), Blast Vegas is another SyFy B movie starring Frankie Muniz and BARRY MOTHERFUCKERING BOSTWICK (Rocky Horror Picture Show, Spin City, but more importantly, the underrated 80’s classic MEGAFORCE). Blast Vegas answers the question, “what happens when a bunch of bros accidentally unleash an Egyptian curse in Las Vegas?”

Friday, July 19
Teen Beach Movie (8pm, Disney)
I can only assume that from the title, this is a movie about the 2008 financial meltdown.

Saturday, July 20
Celebrity Ghost Stories (9pm, Bio, season finale)
What’s better than a ghost story? A ghost story told by a celebrity, of course. Because while celebrities are just like you or me, they remain empirically better than the rest of us. So that’s why when celebrities fall on hard times, it is way easier for them to bank on the fact that maybe since they were on a couple of Eight is Enough episodes in 1980 they can now get on shows like Celebrity Ghost Story to try to re-enter the national conversation, and enter a fourth, fifth, or sixth act in their professional career.

In honor of Barry Bostwick starring in Blast Vegas on, here is a clip of him talking about seeing a g-g-g-g-g-g-g-g-ghost boy in the v-v-v-v-v-v-vacation home. (Bio won’t let me e-e-e-e-e-e-mbed videos.)

ICYMI:
– Community has become a show whose sole purpose is to toy with our emotions. The beloved cult show consistently on the brink has seen showrunner Dan Harmon get fired, then re-hired, Chevy Chase’s departute, and now news comes that Donald Glover will only be appearing in five of next season’s the thirteen episodes.

– I guess I have to face the reality that Happy Endings is not coming back next season, since Damon Wayans Jr might return to New Girl. Savvy viewers may remember Wayans’ Coach character as one of the leads in the show’s pilot, done during Happy Endings’ purgatory state between seasons one and two. When Happy Endings got the go-ahead for season two, Wayans was written out of New Girl, and was replaced by Lamorne Morris.

– New season of Arrested Development being talked about? Sure!

See you next week!