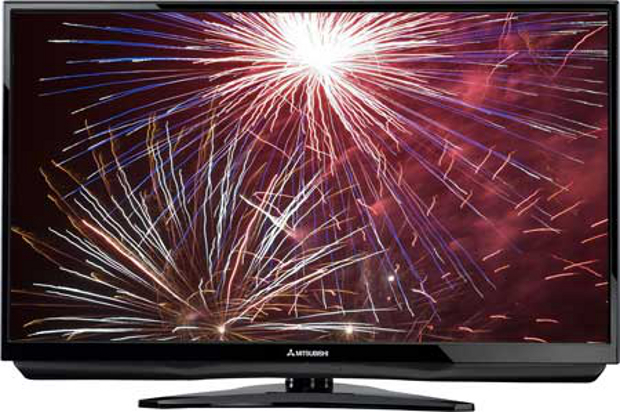 Good morning. In less than a minute, a sampling of the television happenings for the week of July 1 to July 7 will be listed. Television. That word should have new meaning for all of us today. We can’t be consumed by our petty time shifting behaviors anymore. We will be united in our common interests. Perhaps it’s fate that today is three days removed from the actual Fourth of July, and you will once again be fighting for our freedom. Not from tyranny, oppression, or persecution… but from having to use deal with awful DRM on projectors. We’re fighting for our right to DVR. To share HBOGO passwords. And should we win the day, the Fourth of July will no longer be known as an American holiday, but as the day when the world declared in one voice: WELCOME TO ERF! WHY ISN’T WILL SMITH IN THE INDEPENDENCE DAY SEQUEL? WE’RE GONNA MAKE A .GIF EXPRESSING OUR DISPLEASURE OR PLEASURE! TODAY WE CELEBRATE OUR INDEPENDENCE DAY (1)! – President Nick Cannon

Monday, July 1
American Ninja Warrior (8pm, NBC, season premiere)
Prepare to feel awful about your meager 5K training regime. America Ninja Warrior pits people against an obstacle course that can be best described as a sadist Eliminator from American Gladiators (but we all knew that 97 percent of matches were decided by the time a competitor got to the zip line anyway). What originally began as reruns (marketed as Ninja Warrior) from the Japanese show Sasuke broadcast on G4 was adapted into American Ninja Warrior, for the sole purpose of trying to find an American to conquer the original course in Japan. The season kicks off with the qualifiers at Venice Beach. It’s all in the core muscles, bro.

But we all know that the one real American Ninja is Michael Dudikoff. Here is the entirity of American Ninja. Don’t say I never found anything and posted it for you.

Bizarre Foods America (9pm, Travel Channel, season premiere)
Because pig anus is still pig anus, whether abroad or domestic. And I’d imagine that it’d be way cheaper to shoot in America than some far flung third world county. Plus, less of the icky ‘exoticism of the other’ baggage! America is weird enough as is, after all. And besides, the whole bizzarre element has been turned down a spell. Andrew Zimmern, who talks openly about his experiences being homeless and addicted to drugs (in fact Zimmern shot a special in San Francisco to bring awareness to the homeless plight) seems like a genuinely amicable guy. This is all discounting the perplexing feud (one might even say, beef?) he started against Food Network personality and Marin resident Tyler Florence, claiming he was “TV’s least talented chef”. To which Tyler Florence responded, “I guess it hard to have a sense of humor when you’re on your 10th take of eating Yak testicles, smiling to the camera, wondering where your life went wrong.” Shots. Fired.

Wednesday, July 3
Donut Showdown (10pm, Cooking Channel, series premiere)
Though we are a nation are starting to heal from the scars that the Cupcake Wars brought on, baked goods are still battling it out for gluten supremacy. When are we gonna get Croissant Mexican Standoff? Bear Claw Mugging? Muffin Police Action? And for chrissakes, why isn’t spelled doughnut? Am I taking crazy pills or something? Doughnuts are made of dough, not do.

As an aside, it’s not “I make artisan bread,” because your bread is not made up from the ground up bones of people who made clay pots for a living. You make artisanal bread.

Thursday, July 4
If your block isn’t going to be lit up like the Tet Offensive or Fallujah, and you don’t have an apartment roof to go on to watch the fireworks by the Bay, your fireworks-on-television with a side of celebrity host options are as follow:

This is what Will Smith was fighting for when he punched an alien in the face.

Saturday, July 6
UFC 162 Preliminaries (8:00pm, FX)
Before Long Island native Chris Weidman takes on the future Greatest of all Time Anderson Silva for the Middleweight (185 pound) Championship on PPV, avail yourself of the preliminary fights on FX. It is totally a thousand times better than a Saturday afternoon rebroadcast of Tom Cruise in “Knight and Day.” Vallejo born Mark Munoz makes his return to the Octagon after nearly a year layoff due to an injured foot. In fact, his last fight was against Weidman in San Jose, where Weidman put a thumping on Munoz. Also on the preliminary card, Ultimate Fighter 1 alum, Chris “The Crippler” Leben hopes to snap his two fight skid against Andrew Craig. One of those two losses came from Mark Munoz by way of a second round corner stoppage at the end of round two in 2011. I believe this is the transitive property of MMA Math at work here. Full Preliminary card as follows:

Sunday, July 7
Bar Rescue (9pm, Spike, summer season premiere)
I get way more excited for Bar Rescue that it deserves to be. I mean, it is just another ‘people in food service industry fuck up, let us show you how,’ but good God if John Taffer doesn’t sound like Daffy Duck when agitated. I am half surprised I don’t hear him quacking in-between one of his tirades against inept bar owners. This show on reinforces why I never want to own a bar, and how much I am not missing the goings on inside bars.

ICYMI:
– Last Tuesday night, those on Youtube witnessed Texas State Senator Wendy Davis fillabuster for thirteen hours straight in order to block the vote on Senate Bill 5. While CNN, ran bits on Dr. Drew railing against blueberry muffins and pot. Television news, your death is on the way.

Wendy Davis, you are a hero.

Happy Fourth of July! Go and apply direct heat to a protein or something!