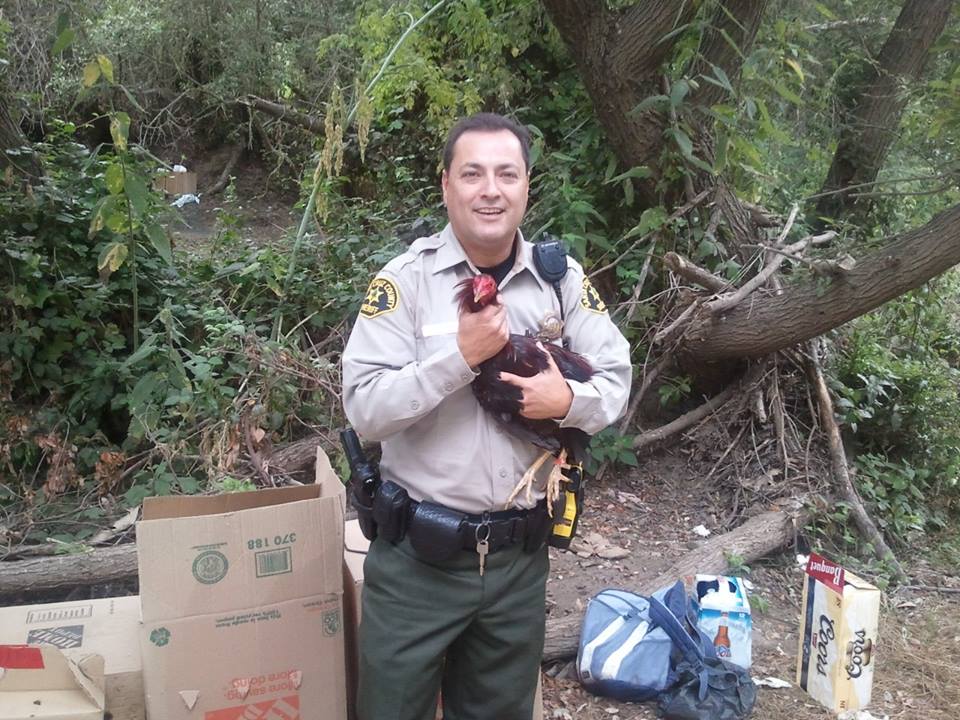 Dozens of roosters were recovered after deputies broke up a cockfight in unincorporated Santa Cruz County on Sunday, a sheriff’s spokesman said.

The site of the fight was hidden behind several strawberry fields and down an embankment in the woods near San Lorenzo River, he said.

When deputies arrived on scene, the participants fled in all directions.

Santa Cruz County Animal Shelter officers found 61 roosters dressed for cockfighting, a cockfighting ring built out of plywood and a betting table. All of the roosters were seized as evidence.

Deputies said it appeared it was not the first time a cockfight had taken place at the location.

No arrests were made and those involved in the cockfighting ring could face charges of cruelty to animals or organization of cockfighting, Kennedy said.

The Humane Society of the United States is offering up to a $5,000 reward for anyone with information about cockfights that leads to the arrest and conviction of a cockfighter. Their number is (877) TIP-HSUS.

People can also call Officer Todd Stosuy at (831) 454-7254 with any information regarding those involved in cockfights.