7:52 AM: A man who went missing on Tuesday in San Francisco and was considered at-risk has been found safe, police said this morning.

McNaulty had last been seen in the vicinity of San Francisco City College at about 11 a.m. Tuesday, police said.

Police said his disappearance raised concern because McNaulty has the mental capacity of a 10-year-old and is unable to read and write. He is also diabetic and did not have his medication with him. 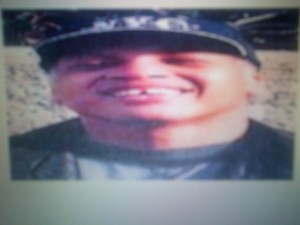 Police are asking for the public’s assistance in locating a missing at-risk man who was last seen in San Francisco Tuesday morning.

Richard McNaulty, 57, was last seen in the vicinity of San Francisco City College at 11 a.m. on Tuesday, police said.

McNaulty is described as a black man, standing about 5 feet 10 inches tall and weighing about 165 pounds.

He is missing a front tooth, according to police.

Police sent a picture of McNaulty (you can see it at right) to the media to aid in the search. “It is not the best quality, but it is all I have tonight,” SFPD spokesperson Officer Gordon Shyy said.

He was last seen wearing a white T-shirt and blue jeans, without a jacket. He was wearing a silver ID bracelet on his wrist, according to police.

Police said that McNaulty has the mental capacity of a 10-year-old and is unable to read and write.

He is also diabetic and does not have his medication with him, police said.

McNaulty is known to frequent San Francisco’s Civic Center area and the Main Branch of the San Francisco Public Library, according to police.

Anyone who has information regarding McNaulty’s whereabouts is asked to contact police at (415) 553-1071 or call 911.