SF Man Sought For String Of Burglaries Turns Himself In 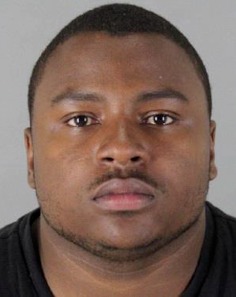 A 20-year-old San Francisco man wanted in connection with a string of residential robberies in San Mateo County in April turned himself in on Monday, according to police.

Bellard was wanted in connection with several home burglaries that took place on April 5 in Belmont, Hillsborough and San Mateo, according to police.

Police identified Bellard as a suspect and exposed his identity to the community and media.

Belmont police responded to three residential burglaries that had occurred between 8 a.m. and 4 p.m. on April 5.

The burglaries occurred in the 1600 block of Manzanita Avenue, the 1700 block of Valley View Avenue and the 2000 block of Mezes Avenue, police said.

That same day, police in San Mateo responded to a report of an interrupted residential burglary in the 600 block of Edgewood Road.

Upon arrival officers found the suspects had fled the scene.

A short time later, Hillsborough police were engaged in a pursuit of a white Chevy Malibu from Hillsborough onto northbound Interstate Highway 280.

During the pursuit several items were thrown from the vehicle, according to police.

The vehicle eluded officers, but was located abandoned in San Francisco by Daly City police.

Further investigation revealed connections between the vehicle and the San Mateo burglary, the three burglaries in Belmont and burglaries in Hillsborough, police said.