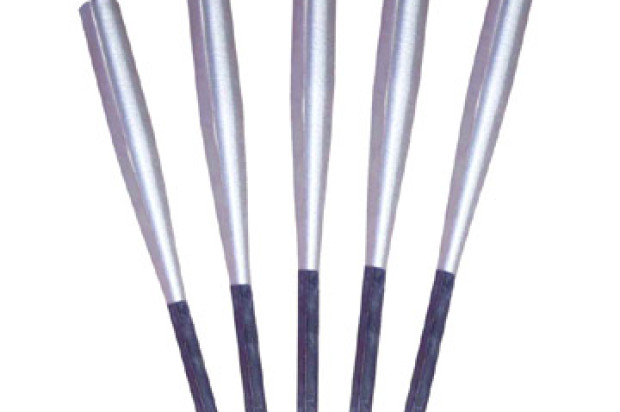 San Jose Mayor Chuck Reed said today that the city filed a federal antitrust lawsuit against Major League Baseball after giving up on MLB Commissioner Bud Selig’s effort to study a proposed move by the Oakland A’s to San Jose.

Reed said the city felt it was time to file suit against MLB as a committee Selig set up in March 2009 had yet to come to a decision to let the A’s transfer to San Jose, about a five-year process.

“After waiting for four and a half years for Major League Baseball for an answer, it is clear we are not going to get an answer,” Reed said at a news conference at City Hall flanked by City Council members and local business leaders.

“I just decided it was time,” Reed said. “I just know what they did was not right and we’re going to fix that.”

Had MLB approved a plan by the A’s back in 2007 to invest about $500 million into a privately-funded ballpark in downtown San Jose, it would be operating by now and generating millions in tax revenues for the city and local governments, Reed said.

The lawsuit, filed this morning against MLB and Selig in U.S. District Court in San Jose, claims the league violated federal and state antitrust laws by stalling the A’s proposed move.

Under a 1922 Supreme Court decision, MLB has been exempted from U.S. antitrust laws, but the city is challenging the exemption, claiming that MLB’s method of operation is an “unlawful exercise of market power.”

The suit asks that the court declare that MLB had violated antitrust laws and bar the league from blocking the relocation of the A’s to San Jose.

San Jose wants to build a baseball stadium near its downtown Caltrain station and has earmarked a site for the project. A’s owner Lew Wolff has professed his interest in moving to San Jose, with strong support from Reed.

Reed, who said that he has never spoken directly with Selig, said he notified A’s owner Wolff about the suit last week.

“I informed Lew of what we are doing, I didn’t ask for his permission,” Reed said. “We don’t need his support. He’s been working this issue long and hard without success and I decided it was time for us to stick up for our rights.”

MLB, in trying to uphold the Giants’ rights to San Jose’s fan base, is “interfering” with an options contract Wolff signed with the city to buy land for the proposed stadium site, the city claimed.

The league’s actions are restraining trade in violation of federal anti-trust laws and blocking the A’s from making a prudent business move to San Jose from Oakland, the city argued.

But San Jose insisted that the MLB granted those rights only when the Giants were trying to move their team to San Jose in the early 1990s.

In 1990, then-A’s owner Walter Haas agreed to let the Giants—restricted by MLB at the time to only San Francisco and San Mateo counties—to move to Santa Clara County and so did MLB, the suit claimed.

The Giants’ proposals to build a taxpayer-funded stadium failed with voters in San Jose in ballot measures held in 1990 and 1992.

The city’s lawsuit claims that even after using private funds to build the Giants’ current home, AT&T Park in San Francisco, in 2000, the team unfairly continued to declare San Jose as its territory.

“In considering the issues related to the Oakland Athletics, Major League Baseball has acted in the best interests of our fans, our communities and the league,” MLB Executive Vice President for Economics and League Affairs Rob Manfred said.

“The lawsuit is an unfounded attack on the fundamental structures of a professional sports league,” Manfred said. “It is regrettable that the city has resorted to litigation that has no basis in law or in fact.”

Oakland Mayor Jean Quan said in a statement that the city “is focused on building a new stadium for the A’s here in their hometown.”

“We’ve offered two sites: Howard Terminal is a beautiful waterfront location facing the Bay, and Coliseum City is one of the great development projects of our time,” Quan said. “Both would make fantastic sites for a new stadium.”

Oakland is also working on a lease extension for the team at its current venue, O.co Coliseum “and I’m confident we can reach a fair deal,” she said.

Quan also offered that A’s had recorded so far in 2013 the fifth-highest increase in fan attendance per game over 2012 in MLB.

Jim Zelinski, co-founder of the group Save Oakland Sports, said that the A’s should remain in Oakland and the city still holds potential, including a planned $1.5 billion development of Alameda County’s waterfront.

“We hope the A’s ownership will refocus on Oakland where they can harness the passion and loyalty of a special fan base that’s dedicated to helping the team realize its dream of a world-class stadium that would benefit the franchise, fans, Major League Baseball and the entire East Bay,” Zelinski said.

San Jose’s lawsuit detailed results of a city-funded study by Conventions Sports and Leisure International in 2009 which found that a major league ballpark would generate $31 million in tax revenue over 30 years and $82.9 million a year in direct spending for San Jose.

San Jose City Councilman Sam Liccardo, whose District 3 includes part of the proposed stadium, said that had the A’s been allowed to move five years ago, city businesses would be reaping that money.

“They are denied that opportunity, because the San Francisco Giants’ lawyers, lobbyists, billionaire owners are afraid of competition,” Liccardo said. “Major League Baseball protects them from that competition.”

Silicon Valley tech firms in the San Jose area and other American companies must compete fairly under federal anti-trust laws “but Major League Baseball believes they are above the law.”

Liccardo said that San Jose is the largest city in Northern California and “over the next couple of decades will grow more than the next three largest cities, Fremont, Oakland and San Francisco, combined.”

“We relish the opportunity to compete on a level playing field and this lawsuit is the city of San Jose’s declaration of independence,” Liccardo said.

Liccardo joked about Sunday’s incident at the 47-year-old O.co Coliseum, where a sewage overflow in the players’ locker rooms forced both teams to shower in the Raiders’ locker room after a game between the A’s and the Seattle Mariners.

The team itself highlighted the incident as another reason they want a new stadium.

Using the title of a 1960s pop song about San Jose, Liccardo said, “Nothing sings ‘Do You Know the Way to San Jose’ like backed up sewage. San Jose can do better.”

Councilman Pierluigi Oliverio, of District 6 that represents most of the stadium site, said the wait for MLB to act has “been painful and disappointing.”

“The area surrounding the stadium has languished due to years of indecision,” Oliverio said.

Joseph Cotchett, the city’s Burlingame attorney who filed the federal suit, said aside from anti-trust laws, the suit claims MLB violated state law by interfering with San Jose’s options contract with the A’s.

“Under California law, you can’t do that,” Cotchett said.

The lawsuit was filed after the City Council voted in closed session this morning to authorize the action.