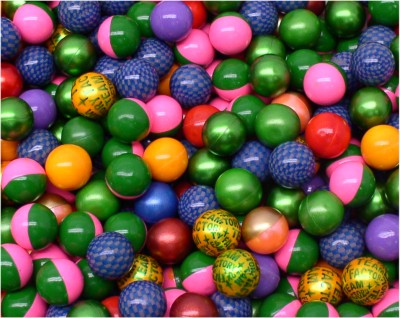 Three suspects accused of going on a shooting spree and injuring 11 people with paintball guns in San Francisco last weekend pleaded not guilty today to mayhem and other charges.

Larry Massey, 20, Thomas Johnson and Corwyn Duvernay, both 19, are accused of shooting paintballs from their cars at five different locations around the city on Saturday night, prosecutors said.

One of the victims, a 28-year-old man, was shot in the eye on Geneva Avenue near the Balboa Park BART station, police said.

The suspects were eventually arrested nearby along with a fourth suspect, police said.

Massey, Johnson and Duvernay appeared in court this afternoon to each face charges of mayhem and various other offenses.

She said the suspects recorded the spree on an iPad and were heard laughing while shooting at the victims.

The prosecutor asked for bail to be set at $1 million or higher for all three defendants, noting that Massey was out on bail for a separate robbery case while the other two have prior criminal histories.

“How much does public safety have to suffer before a stand is taken?” she said.

“These are not real firearms,” Fuetsch said. “This was stupid behavior on the street.”

However, Nguyen said the one victim may lose his eye, while the others were lucky to escape with welts and abrasions.

She said the defendants “are at an age where this kind of conduct should not even be crossing their minds.”

San Francisco Superior Court Judge Monica Wiley ordered Massey held on $950,000, while the other two were ordered held on $150,000.

The fourth suspect in the case, Master Rhodes, is scheduled to be arraigned on similar charges on Thursday.

Massey, Johnson and Duvernay refused to waive their right to a speedy preliminary hearing, so will return to court on Thursday as well to set a hearing date.