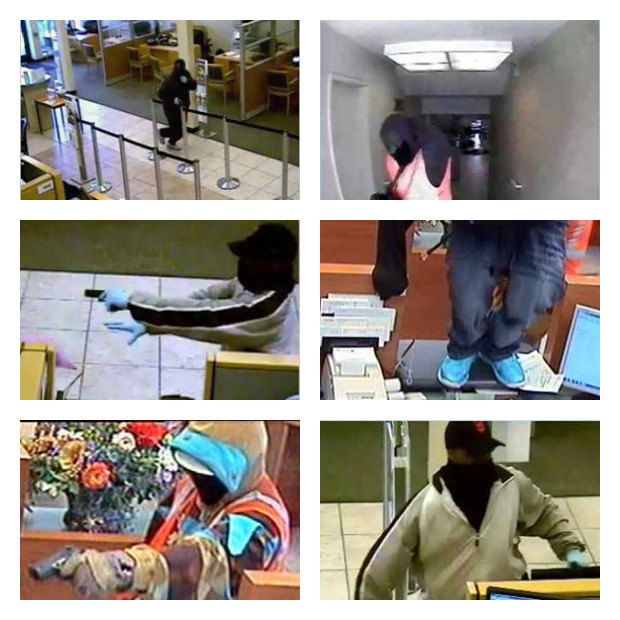 The FBI and local authorities are asking for the public’s help in identifying three men who allegedly robbed two banks in San Francisco and Millbrae on Monday as well as another San Francisco bank in April.

In each robbery, the suspects held bank employees and customers against their will, jumped behind teller counters and took money. At least one suspect was armed with a handgun in each robbery, according to the FBI.

In at least two of the robberies, investigators believe the trio fled in a light-colored, older model sedan similar to a Ford Taurus.

Witnesses described the suspects as three black men between 20 to 35 years old who had slim to medium builds and wore thick jackets, gloves and other clothing to mask their heads and faces, FBI officials said.

One suspect is believed to be between 5 feet 8 inches and 5 feet 10 inches tall, while the others are between 6 feet and 6 feet 2 inches tall, according to the FBI.

The FBI has released surveillance photos of the suspects (you can see them above) taken during the Millbrae and Irving Street robberies and is asking for the public’s help in determining their identities.

Anyone with information about the suspects, who should be considered armed and dangerous, is urged call the nearest FBI office or dial 911. Calls can be made 24 hours a day in the San Francisco area to (415) 553-7400. Tips can also be submitted online at tips.fbi.gov.