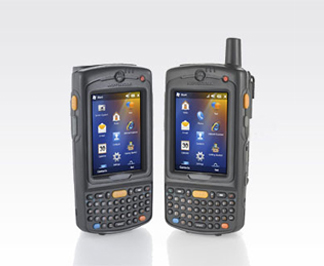 The SFPD is launching a pilot project to use mobile devices to for traffic citations, and collision reports, updating a long antiquated system of ticket books, according to Cmdr. Mikail Ali of the SFPD.

Beginning sometime in August, the department, in cooperation with the SFMTA, plans to purchase 70 devices that can record a traffic citation and collision reports on a mobile device, and issue a printed version via bluetooth, Ali said. The SFPD will also use the aggregated digitally collected citation data to make enforcement decisions.

The pilot program solves several difficulties with written citations and reports. Being able to read the citations is a common difficulty with the existing system, Ali said.

“It’s a problem with each and every police agency,” he said, “Some citations aren’t legible.”

Using the new Motorola MC75A officers can complete collision reports in the field. In other cases, after bringing a device in from the field there would little if any further data entry work to complete a report or citation.

With some officers issuing as many as 15 citations in a shift, the devices will considerably ease the workload.

The SFPD also had several special requirements unlike many of the other cities Brea, California based Crossroads Software works with.

Jeff Cullen, Director of Software Development, told The Appeal that the Field Information card, or FI cards, were one such customization Crossroads made for San Francisco. Unlike many departments, for each citation and collision report the SFPD records demographic information – such as perceived race, age, and sex – onto a card.

Another concern the SFPD had – and wants to work toward solving with the new software – is pedestrian and cyclist injuries and deaths.

“The SFPD is very sensitive to that,” Cullen said. Cullen said that his team included special analysis capability for data such as degree of injury, in order to better inform the department of potential problem areas.

In addition to field capabilities, Crossroads’ software is also able to generate reports and analysis based on the various data points collected – one of the reasons why the SFPD’s additional requests will make the tool that much more useful.

“There has been success in some smaller jurisdictions,” he said.

With the new tool Ali hopes to be able to better determine which areas of the city will need enforcement.

Crossroads Software won the competitive bidding process because it submitted the most comprehensive response in accordance with the city’s contract requirements, Ali said.

Crossroads’ software comes at no cost to the city. The company relies on revenue generated from electronically available collision reports that insurance companies download to save money, Cullen said.

The online reports are available to the general public too, and cost $10 each, Cullen said. Citations are not available online.

Collision reports will still be available for in-person retrieval at no cost from 850 Bryant St, Cmdr. Ali said.

The Motorola MC75A devices retail for between $1,700 and $2,000, Ali said, but suggested the SFMTA likely got a discount. The SFMTA did not provide comment by publication time.

According to Ali the devices are able include 2D imaging scanners, cameras, and are capable of capturing handwriting to sign a citation. They can also print citations via a Bluetooth printer.

The pilot program will run for four months, with the possibility of extending it to 12 months.