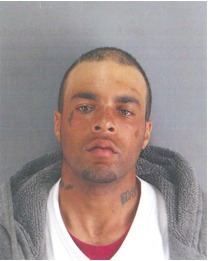 A man was arrested last week and another is being sought for an April 2012 fatal shooting in San Francisco’s Ingleside neighborhood, police said today.

Jahmad Karriem, 20, was slain when he entered his friend’s home in the 300 block of Louisburg Street and interrupted a burglary in progress on April 1, 2012, according to police.

After an investigation that lasted more than a year, police on Thursday arrested Marcellis Williams, 20, and have issued an arrest warrant for Roderick Thomas, 24, (pictured right) in connection with the case.

Police spokesman Officer Albie Esparza said no information was immediately being released about what led to the arrest of Williams.

One arrested, another wanted in Jahmad Karriem killing [Ex]

Thomas remains at large and should be considered armed and dangerous, police said.

Anyone with information about the case or the whereabouts of Thomas is encouraged to call police Sgt. Jon Kasper of the department’s homicide detail at (415) 553-1145.