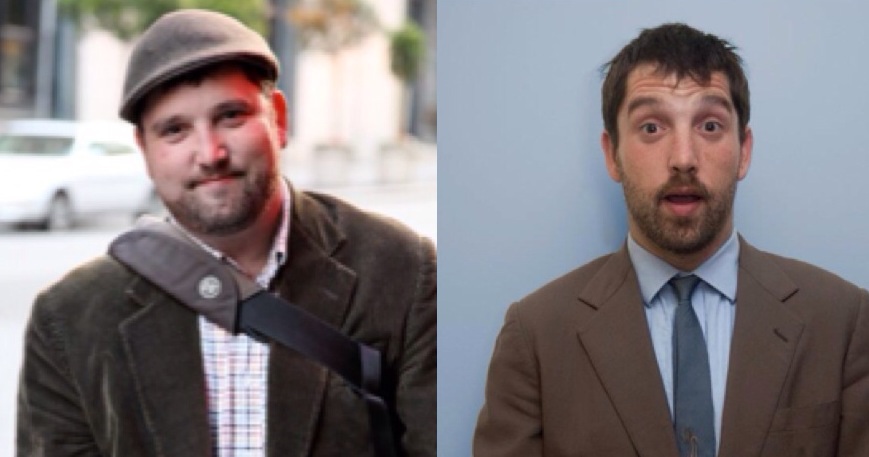 I am a person who lost a lot of weight in a relative hurry and have kept it off since so far, and so I get questions like these from friends all the time:

I’ve got 18 months of Grad school on my hip-butt area and 14 months of sobriety ice cream abuse around my middle. It’s time for action and that means . . . Jackson. Hee haw. I need to be reasonably ambitious. Any nudges towards the middle way would be most appreciated.

Cigarettes! They’re a wonderful appetite suppressant. I kid (kind of).

Seriously, it’s hard to give an answer to that! Anything I say can only describe what worked for me. I’ve been trying to come up with an easy response for years, and the best I’ve come up with so far is “hard work and clean living.”

More specifically, “five hours of intense exercise a week and no sugar or alcohol.” I mean, it’s that simple! Nobody said easy, of course, but it is pretty simple. Keep doing that for six months and you will be wearing sweaters indoors soon enough.

But the aphorism treatment leaves out a bunch of unspoken assumptions. First of all, how hard are you working now? I was not working very hard, pretty much sitting at a desk (when not in bed) with only minimal walking and cycling.

How much weight do you have to lose? I was around 65 pounds above the “normal” body mass index range for my gender and height. (Note, the BMI is another oversimplification used here for reference — my body fat percentage was at least twice the normal range, and large amounts of it was visceral fat packed between my organs, so.)

And why do you want to lose it?

I didn’t, at least not directly. I wanted to stop drinking! Which I did. And then three weeks later found myself staring at my computer screen on a cold morning in an SRO at 5:30 AM wondering what the fuck to do with myself.

At this point, I was already losing a pound a week simply because I wasn’t drinking anywhere from 3,000 to 6,000 calories in a given week. I mean, like the person who chases a Twinkie with a Diet Coke (which I’ve totally done), I’d already quit consuming any and all sugar after watching “Sugar: The Bitter Truth,” but that’s active alcoholism for you.

Mostly I just avoided stuff that came in boxes.

Point is, while you need to reduce your intake or increase your metabolic consumption of 3,500 calories for every pound of fat you might like to lose, not every calorie is equal. Ethanol is a depressant that actively dehydrates you! Your liver likes to turn half of all fructose directly into fat! So cut those out and eat all the burritos you can manage.

And you’ll start to want less, if only because I found my entire relationship to satiation essentially changed. When I was hungry, I ate what I was hungry for, and then I wasn’t hungry any more. I also started to think of calorie density more broadly, and looked to increase the share of calorie inefficient foods — items with more bulk per calorie, or containing lots of fiber and water, like whole grains and vegetables.

But not all the time! I just tried to make better choices and guessed (correctly) that lots of marginal improvements over time make big differences and successes compound. Mostly I just avoided stuff that came in boxes.

As for the hard work? I started out doing half an hour on a stationary cycle and half an hour doing circuit weights four times a week or so. It was pretty boring and probably inefficient, but it worked to lose a lot of weight. Mostly, it was more than none. And for what I did, I did it with some focus and intensity — I cycled hard enough to get my heart rate into an aerobic zone, and followed up with three sets of ten on moderate weight in a quick circuit to keep it up.

If you’re watching television or reading a book while you’re working out, then you’re not working out nearly hard enough.

The key early on is less about direct progress and more about making the time, choosing constructive motivations and finding ways to enjoy the process while forgetting about results beyond being able to do more of what you like and being better at it. I was lucky in that I had no life but work and time to kill and a rudimentary education as an athlete. If you think it will take time away from your responsibilities, remember you’re no good to anyone else if you don’t take care of yourself first!

Meanwhile, I tried new things that were active — even just switching to an elliptical and then a stair machine for more low-impact cardio after ten minutes on the bike proved interminable. I tried rock climbing at Mission Cliffs, I went to my friend’s yoga class, I played pick-up basketball, I lifted weights with buddy. I introduced more activity into my day-to-day life, choosing my bike over Muni more and more often. And eventually I found something that I liked well enough and gave myself a reasonably ambitious goal to achieve — namely, to complete an Alcatraz triathlon with the help of a team and coach at work.

If you’re watching television or reading a book while you’re working out, then you’re not working out nearly hard enough.

And after about six months consistently losing two pounds a week, I was down from about 250 to about 185, or on the upper edge of a “normal” BMI. My body fat percentage was well within the healthy range of my adolescence, most if not all of my visceral fat was gone and I’d started running and riding outdoors and not just at the gym. I was rediscovering San Francisco, planning long bike tours into the countryside, buying new clothes that hung better from a broader range of options — in other words, doing more of the things I truly enjoyed in the first place.

And that’s what I try to mean when I say “fitness.” It’s about being more active, yes, but active in what you enjoy. It doesn’t have to be a hateful ritual of self-denial powered by fear, shame and a sense of obligation. Intense exercise is a privilege to cherish! It can be a place of retreat, or intimately social, with lots of room for indulgent sensuality. Find some meaning in it for yourself and you’ll be fine.

I mean, can you go too far with it? Of course you can! As I counseled my friend, I like marathons, but they’re not necessarily a good place to start — and if you’re still reading this then you’re probably in no danger of over-doing it, at least not yet.

If you get there, send me another message, I’ll probably be laid up with a joint injury of my own and happy to talk.