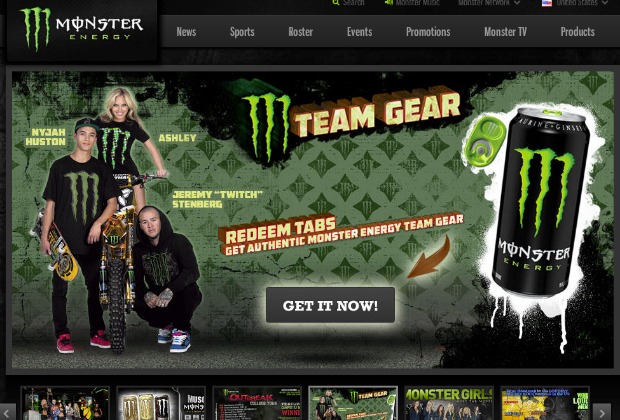 San Francisco’s city attorney filed a lawsuit Monday against Monster Beverage Corp., alleging that the company markets its highly caffeinated drinks to youth who are most at risk of health complications from the beverages.

“Monster Energy is unique among energy drink makers for the extent to which it targets children and youth in its marketing, despite the known risks its products pose to young people’s health and safety,” Herrera said in a statement.

“Consumption of highly caffeinated energy drinks by children has been widely condemned by pediatricians and scientists, and the NCAA has banned its member institutions from providing these products even to college athletes because of the grave safety risks,” he said.

Monster sued Herrera in federal court last week, seeking to halt the investigation launched last October by the city attorney’s office and saying Herrera “appears to be motivated by publicity rather than science.”

In the lawsuit, the company argues that Herrera’s investigation violates their First and 14th Amendment constitutional rights and would also “impose undue burdens on interstate commerce.”

Monster officials said in the suit that their drinks have less than half the caffeine per ounce as coffees at large companies like Starbucks and have similar amounts compared to other energy drinks like Red Bull and Rockstar.

However, Herrera says the U.S. Food and Drug Administration has received numerous reports of adverse effects related to consumption of Monster Energy drinks, including the death of a 14-year-old Maryland girl that is the subject of ongoing litigation against the company.

He said Monster markets to children as young as 6 years old via its “Monster Army” website that shows young children promoting the company’s brand.

Herrera called on the company to “reform its irresponsible and illegal marketing practices before they’re forced to by regulators or courts.”

If San Francisco’s lawsuit is successful, the company could have to change its marketing practices and face civil penalties and restitution as a result of unfair business practices, according to the city attorney’s office.