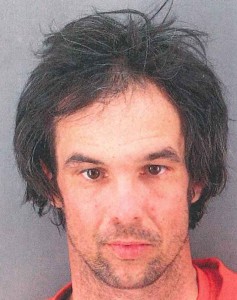 A year to the day after he was arrested for throwing bricks at San Francisco police officers, a protester was sentenced today to two years in state prison for a felony assault charge, prosecutors said.

Jesse Nesbitt, 35, was one of dozens of people who occupied a building at 888 Turk St. on May 1, 2012, after marching from a May Day rally downtown.

Nesbitt threw bricks and other projectiles from the roof of the building during the occupation. The bricks missed the officers but struck a bystander, who declined medical attention, and also struck a police vehicle.

The charge is a strike under California’s three strikes law and is Nesbitt’s first strike, Bastian said.