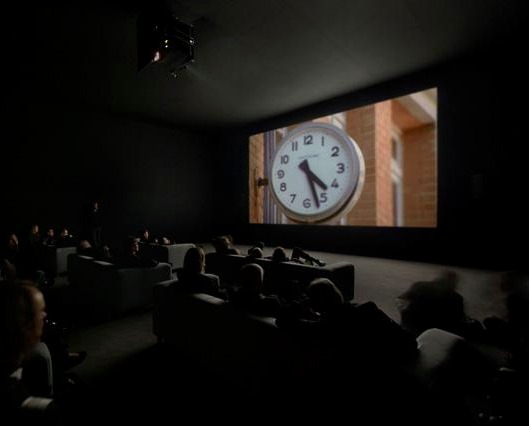 The San Francisco Museum of Modern Art is free for all visitors through Sunday—the last four days the museum will be open before it shuts its doors until 2016 for a large expansion project.

The free admission was offered beginning at 10 a.m. Thursday.

On Saturday, the museum will begin a 24-hour screening of “The Clock,” a video installation by Christian Marclay that is composed of thousands of film clips referencing times of day that have been edited into a daylong montage.

The screening begins at 10 a.m. Saturday and will continue overnight and into Sunday, according to museum officials. The museum will be open throughout the night.

When SFMOMA closes on Sunday evening, staff will hold a farewell processional that will begin on the museum’s rooftop and will continue throughout the building.

The SFMOMA expansion project will include a new 10-story addition along the back of the current building. City and museum officials held a groundbreaking ceremony on Wednesday to celebrate the start of the project.

Museum officials are continuing to collect money to fund the expansion. About 90 percent of the $610 million needed for the project has been raised thus far.

More information about the SFMOMA free days and the expansion project can be found on the museum’s website at www.sfmoma.org.