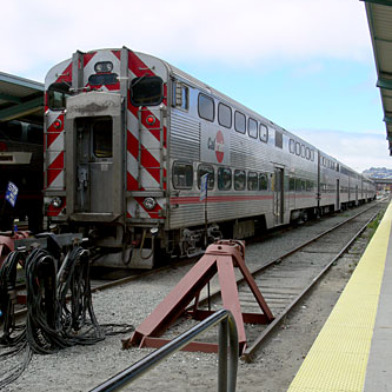 The pedestrian was struck at about 11:58 p.m. by a northbound train at Mission Bay Drive in San Francisco, according to Caltrain officials.

The man was taken to a hospital and his condition has not been released.

He was struck by the last northbound train of the evening, officials said.

There were about 50 passengers onboard the train at the time of the incident. No injuries to passengers or crew were reported, Caltrain officials said.

The last southbound train to depart San Francisco was delayed by about 30 minutes, according to Caltrain officials.

The cause of the collision remains under investigation.