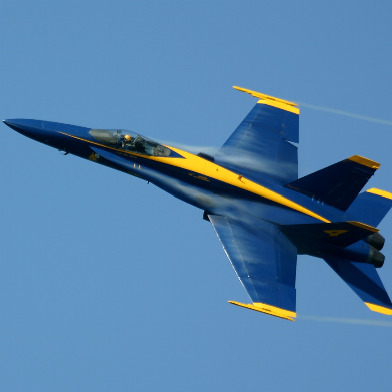 An online fundraising campaign is under way to try to save the U.S. Navy’s Blue Angels air show in San Francisco after federal budget cuts prompted the cancellation of the show last month.

The crowd-funding campaign on the website Crowdtilt is attempting to raise at least $650,000 for the show, which would take place from Oct. 10-14 during San Francisco’s Fleet Week.

Navy officials announced in April that all 2013 shows nationwide, including San Francisco’s, were being canceled because of the federal sequestration cuts.

The Crowdtilt campaign was created by Marc McCabe, an employee at the San Francisco-based company Airbnb.

About $6,100 had been collected as of this morning.

The campaign’s description states that the cancellation of the Blue Angels air show was “a huge bummer for millions of people.”

The description reads, “No video will truly convey what it feels like to stand on a roof/bridge/beach/hill in San Francisco and literally feel a fighter plane power past only a couple hundred feet overhead. It brings the entire city together.”

If the campaign does not reach its goal, nobody will be charged for their pledged contributions, according to the website.