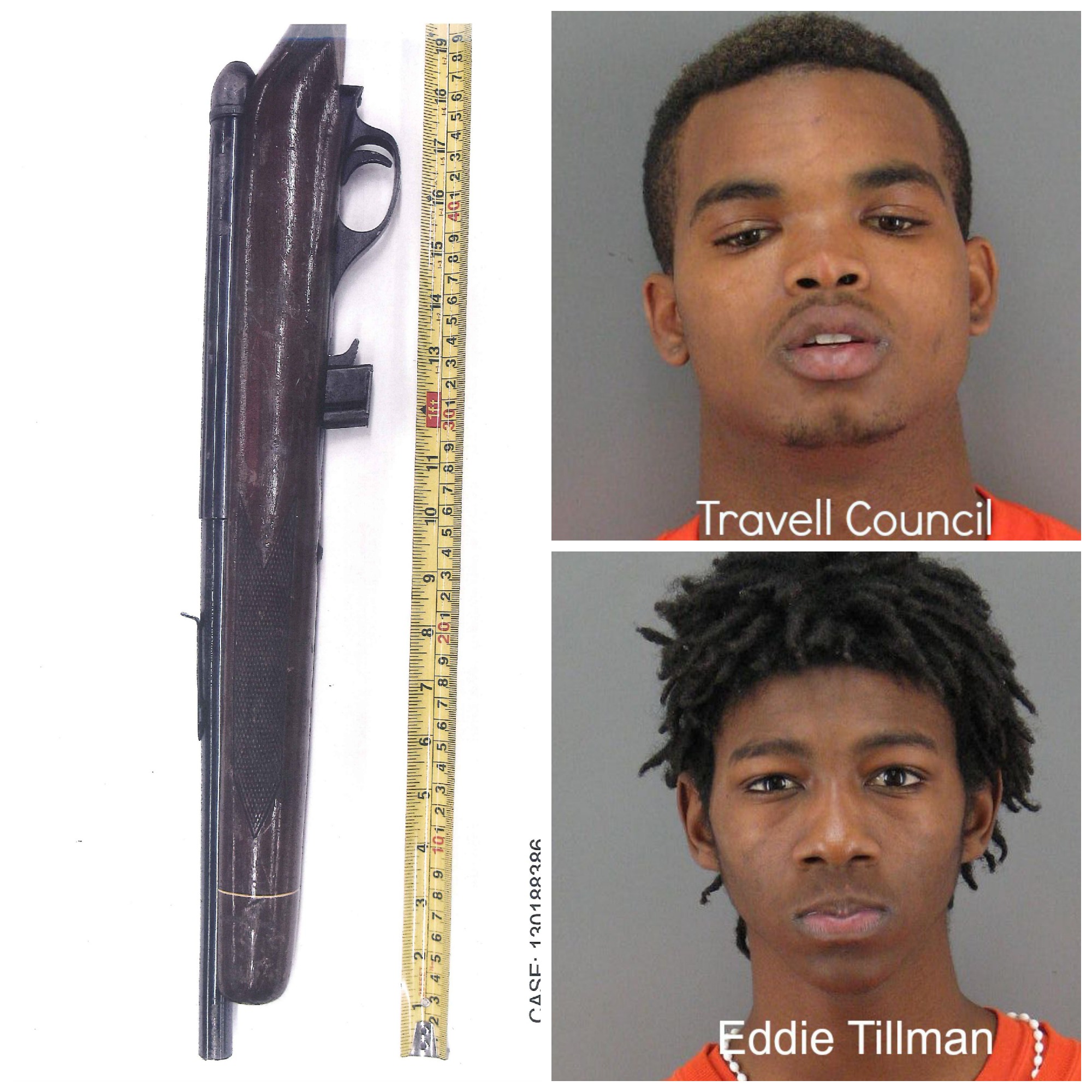 Following an officer-involved shooting last month, the San Francisco Police Department has identified three men they’re describing as the “Long Gun Serial Robbers,” suspects they believe are responsible for “a number of robberies on March 4th and 5th, including a carjacking.”

On March 5, San Francisco police shot a man, identified today as 18-year-old San Franciscan Eddie Tillman after he was trapped in a cul-de-sac and rammed an officer and two patrol cars as he attempted to escape, Sgt. Michael Andraychak said.

The incident began just before 7 p.m. when four officers patrolling Bayview Housing Authority properties around Ingalls Street and Kiska Road spotted a vehicle that they recognized as fitting the description of one involved in a recent armed carjacking.

They attempted to stop the car, but it fled on Ingalls with police in pursuit. Tillman then turned on to George Court, a cul-de-sac nearby, Andraychak said.

Trapped in the cul-de-sac, the officers got out of the car intending to order Tillman out and take him into custody. However, police say Tillman threw the car into reverse and drove backwards toward the officers.

The car struck a patrol car and one of the officers, knocking him to the ground. Two officers opened fire at the car, striking Tillman.

The vehicle continued driving, striking another patrol car that was just arriving on the scene. Tillman then put the car into drive and attempted to turn around, but hit a two-story residential building instead, police say.

Tillman taken into custody and given medical aid before he was transported to San Francisco General Hospital by paramedics. The officer hit by the car’s injuries appeared to be minor, Andraychak said.

At the time, SFPD said that they were “looking into the possibility that the suspect or the vehicle were involved in a series of recent armed robberies reported in San Francisco.”

They apparently found merit in that theory, as police announced today that 19 year old Travell Council and a male juvenile have joined Tillman in police custody.

Tillman was also charged with an additional count of robbery and receiving stolen property, and Council was charged with contempt of court and resisting arrest, Bastian said.

The pair will return to court on April 9 to set a preliminary hearing.