Saturday’s late night screening of the horror movie You’re Next was an evening filled with tension for a couple of reasons. First, while it was scheduled to start at 11:30pm, it actually didn’t start until about midnight. Anxious waiting! In the meantime, some of the cast and the film’s director were posing for pictures, along with a trio of girls wearing very creepy animal masks. Spooky!

Once we filed in to the theater–girls in masks included–I became even more anxious for the movie to start. The garage at the Kabuki closes at 1:30am, and since the movie is just a tad over 90 minutes long, it meant I’d be cutting it real close if I stayed for the whole thing. Real tense!

But stay I did, and I gotta say, the underlying tension I was feeling about having my car locked up overnight before I could get to it actually kind of added to the intense experience of the movie, in a good way.

You may have heard some buzz about You’re Next from other festival showings. It killed at Toronto and SXSW, got a special write up in Entertainment Weekly, and yet, for over two years, it couldn’t find a distributor. Director Adam Wingard was at the SFIFF to introduce the movie, and he said that finally, they had found one in Lionsgate, and the movie will get a wide release on August 23rd.

The movie is pure “mumblegore,” which is to say, a hybrid of mumblecore and horror. The director is also an actor, and I instantly recognized him and several other cast members from the (terrible) mumblecore comedy Autoerotic. Ti West, director of one of my favorite recent horror movies, House of the Devil–another movie I’d classify as mumblegore mainly because of the presence of mumblcore mainstay Greta Gerwig– also appears in the movie as a boyfriend.

The film is in the “home invasion” genre of horror, ala Funny Games and The Strangers, with a simple plot set-up: Four siblings, and their romantic partners, gather together at the family’s vacation home to celebrate the 35th wedding anniversary of their parents. Before long, they are under attack, and have to fight off some masked villains (yes, that’s what the animals masks were about), with one member of the group leading the charge.

It’s a truly great entry into the genre and it had the audience screaming, laughing–it’s wickedly funny–and cheering throughout. But what really makes it stand out is how it does some things you ALWAYS wish would happen in a horror movie, but never do, and offers up one of the greatest horror heroines since Ripley and her flamethrower-wielding turn in Aliens.

It also knows and respects the genre. Look close and you’ll see references to Carrie, the original Night of the Living Dead, Rear Window, The Shining, and Re-Animator, (Barbara Crampton, star of that 1980s classic, has a role in this). There are probably a few more I missed, which is fine by me, as that just gives me an excuse to see it again.

I also want to see it again because I had to leave during the credits, and I’m one of those crazies who always has to stay to the very end of a movie; you never know when a director will leave a little something extra for those diehards there.

And while I DID get my car, (barely), I had to miss the post-film Q&A, which featured director Adam Wingard, and actors Barbara Crampton and Sharni Vinson. If there’s anyone out there who saw it, tell us about it in the comments!

You’re Next will screen as part of the San Francisco International Film Festival this Wednesday, May 1st, at at 9:45pm. 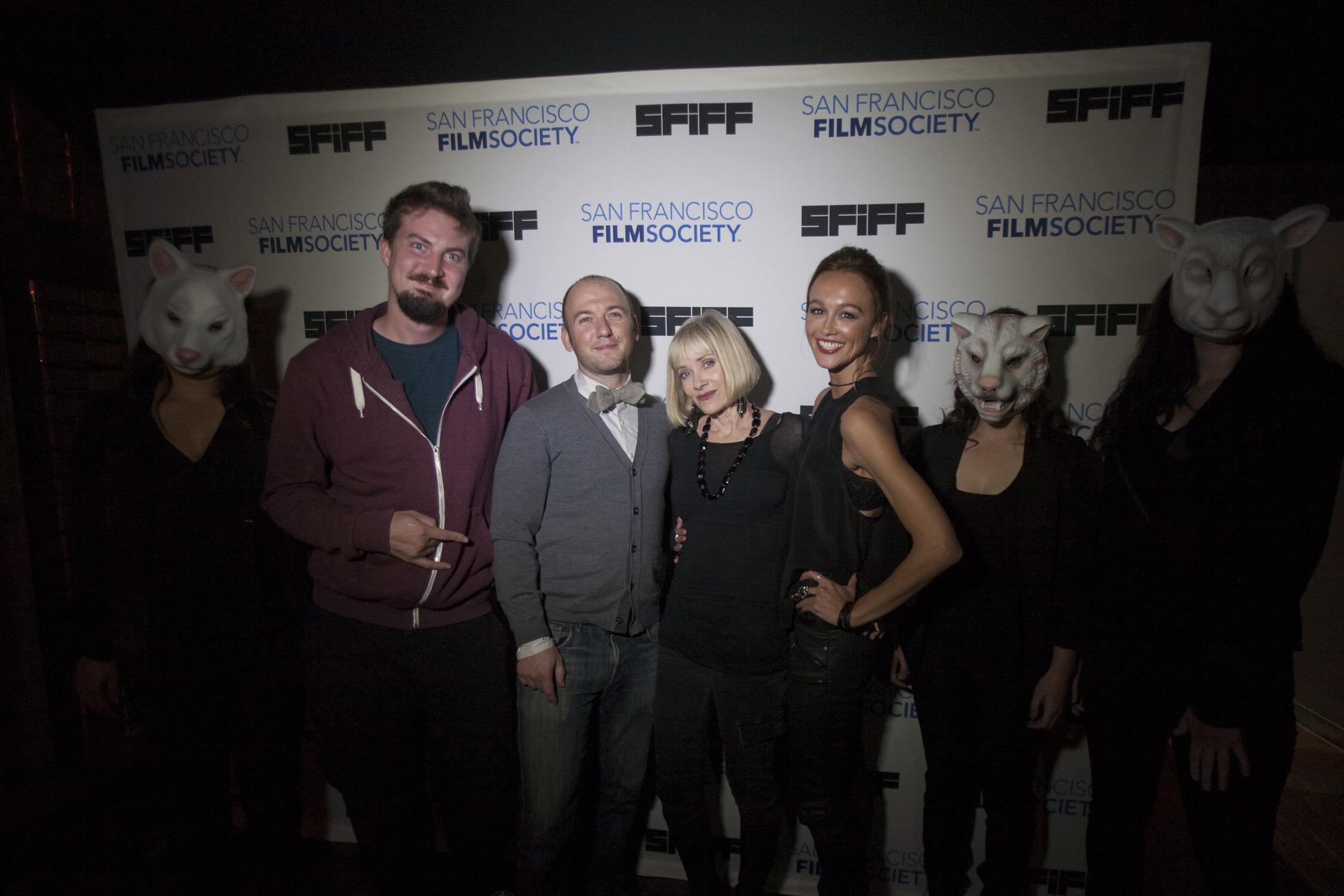