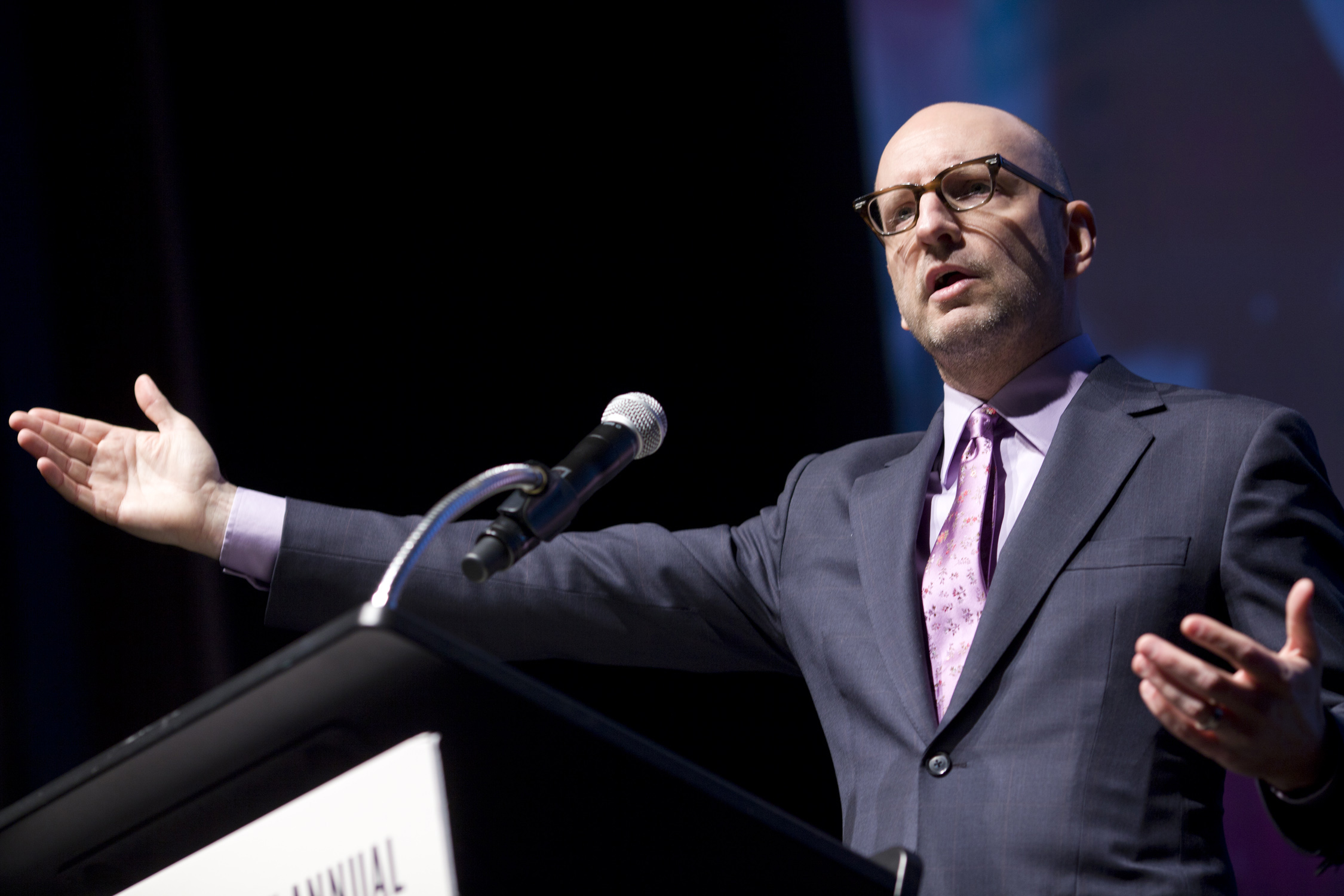 Steven Soderbergh, the director of such diverse films as Oceans 11-13, Out of Sight, Che, Bubble, Magic Mike, and Behind the Candelabra, announced his impending retirement first in 2011. Then he kind of took it back and said it was just a sabbatical. Since then, he’s directed four more films, and has once again stated that that’s that.

Every year, the San Francisco International Film Festival invites “a well-known public figure to talk about the intersecting worlds of contemporary cinema and visual arts, culture and society, images and ideas.” Past speakers have included Jonathan Lethem, Walter Murch, and Brad Bird. This year, Soderbergh took the stage to give a 45 minute talk that, while not a direct discussion of his “retirement,” did pretty much serve as one long explanation for why he would want to walk away.

He tossed out a lot of numbers during the talk, mostly centered on film costs–but not the costs you’d think would be the issue. The money spent to make the movies seems to be less of a factor to studios than what’s spent to distribute them. Since the basic cost to distribute a movie is the same regardless of production price, studios are more likely to spend that $60 million on a huge tent pole release that is almost guaranteed huge box office than on a smaller, riskier movie.

He also spoke about “cinema” versus “movies,” which, the way he puts it, almost sounds like “auteurs” versus “studios,” and why art will always be a human need: we’ve always needed to tell stories.

And while he didn’t talk much about alternative distribution of films (something he was actually one of the first directors to try, with his simultaneous release of Bubble in theaters and On Demand), he did acknowledge that movies face stiff competition from television these days, and made no bones about calling online piracy out as theft.

You can hear the entire talk below. It’s well worth a listen, if only for his final tip to future filmmakers on how to pitch a movie.