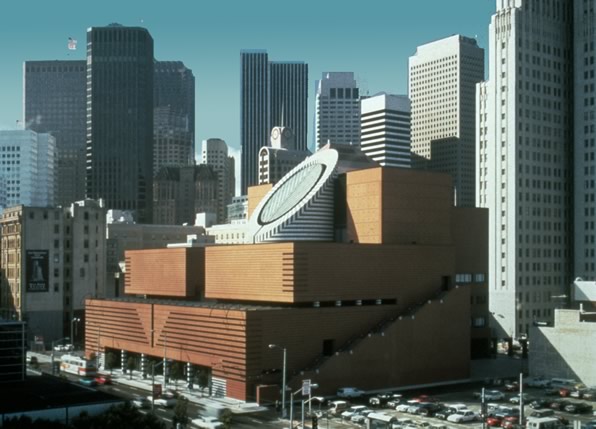 With the San Francisco Museum of Modern Art set to close this summer for a $555 million expansion, the museum’s director and painting and sculpture curator this morning laid out plans to keep the museum “on the go.”

The nearly 150,000-square-foot expansion to the existing 225,000-square-foot building will double the capacity of the facility at 151 Third St. with construction scheduled to begin this June. The museum plans to reopen in the beginning of 2016.

Instead of finding a temporary space to house the 29,000 pieces in the museum’s collection during the closure, director Neal Benezra said this morning at a media briefing at the museum, “We wanted to follow a more dynamic and challenging path.”

The museum experience will move beyond the typical permanent indoor space, partnering with museums in the Bay Area and throughout the state, as part of “SFMOMA on the go,” museum curator Janet Bishop said.

“We’ll be incredibly active in the community,” Bishop said.

There will also be outdoor installations sprinkled throughout the region, education programming at local schools, libraries, and community centers, along with photography tours.

About once a season during the closure, SFMOMA artwork will be part of exhibitions at nearby museums, with members able to access those exhibits.

The first partner exhibit will be at San Francisco’s Contemporary Jewish Museum starting on June 28 with about 60 SFMOMA pieces, including artwork by Mark Rothko and Jackson Pollock, exploring the theme of spirituality, Bishop said.

In November of this year an exhibition will open at Stanford University Cantor Art Center followed by a show featuring South African works and subject matter in February 2014 at San Francisco’s Yerba Buena Center for the Arts.

Outdoor installations will also offer an opportunity to experience the SFMOMA during its renovation.

On May 22 and running through May 2014, artist Mark di Suvero will have large sculptures erected at San Francisco’s Crissy Field for a free outdoor exhibit, while the museum is partnering this November with the city of Los Altos for an interactive citywide art experience.

Photography tours will be roving throughout the state including exhibitions in Sonoma, Bakersfield, the Crocker Art Museum in Sacramento and at the University of California at Riverside.

A more permanent presentation of the museum’s Henri Matisse collection of paintings, drawings and bronzes will be held starting Nov. 9 at the Legion of Honor in San Francisco.

Other museum partners include the Oakland Museum of California, the Museum of the African Diaspora, and the Berkeley Art Museum.

Before the museum begins its off-site programming, a four-day celebration will be held in the days before the building closes.

A groundbreaking construction ceremony will be held on May 29, followed by a community event held May 30 through June 2 that includes free museum admission and family-friendly events.

Also part of the closing process cranes will be removing large sculptures from the rooftop garden on May 22.

Benezra said the behind-the-scene packing of the tens of thousands pieces of artwork has already begun with a majority of art headed to a massive storage facility in South San Francisco.

I’ve never seen a museum be this ambitious,” Benezra said about the plans for the next roughly two years.