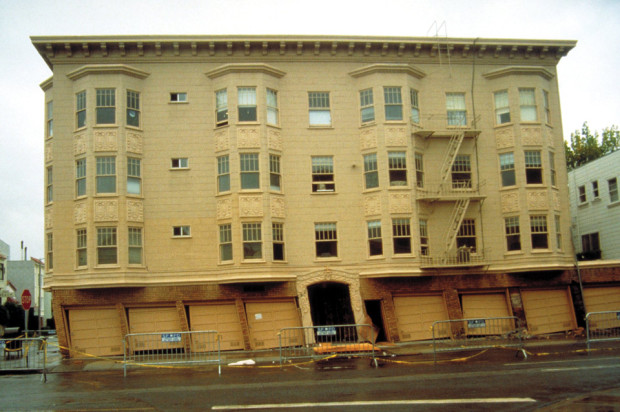 On the 107th anniversary of San Francisco’s 1906 earthquake and fire, city officials Thursday celebrated the topping out of the new seismically safe Public Safety Building in the Mission Bay neighborhood.

The structure’s final steel beam was signed by Mayor Ed Lee and other city officials, then lifted by crane to be placed on top of the $239 million building, which is scheduled to open in November 2014.

“We’re delivering this on time and on budget,” Lee said.

Police Chief Greg Suhr said the building will be a dramatic upgrade from the department’s current headquarters at the antiquated Hall of Justice at 850 Bryant St.

“If the earthquake happened today, we’d be out of luck,” Suhr said. “It would probably come down, we don’t know what the loss of life would be.”

The new Public Safety Building is designed to maintain power for up to 96 hours if it is knocked off the energy grid in a major disaster.

“It was very much needed,” Fire Chief Joanne Hayes-White said.

She said the building will be the first one in which police and fire will be sharing permanent space together.

The topping-out ceremony was one of several events in the city today to mark the anniversary of the 1906 quake.

Earlier today, the mayor signed an ordinance approved by the Board of Supervisors that will require seismic retrofits of soft-story buildings.

The structures that will require retrofitting are those built before 1978 that are unstable because of garages or other large gaps on the ground floor and are at least three stories tall and have five or more units.

A study commissioned by the city determined that there are at least 2,800 such buildings in the city. The costs of the renovations can be passed along to tenants via rent increases of up to 10 percent annually.

Supervisor David Chiu said he hopes to push through legislation that would simplify the process for low-income tenants who are seeking to declare a financial hardship in order to avoid paying the rent increase.