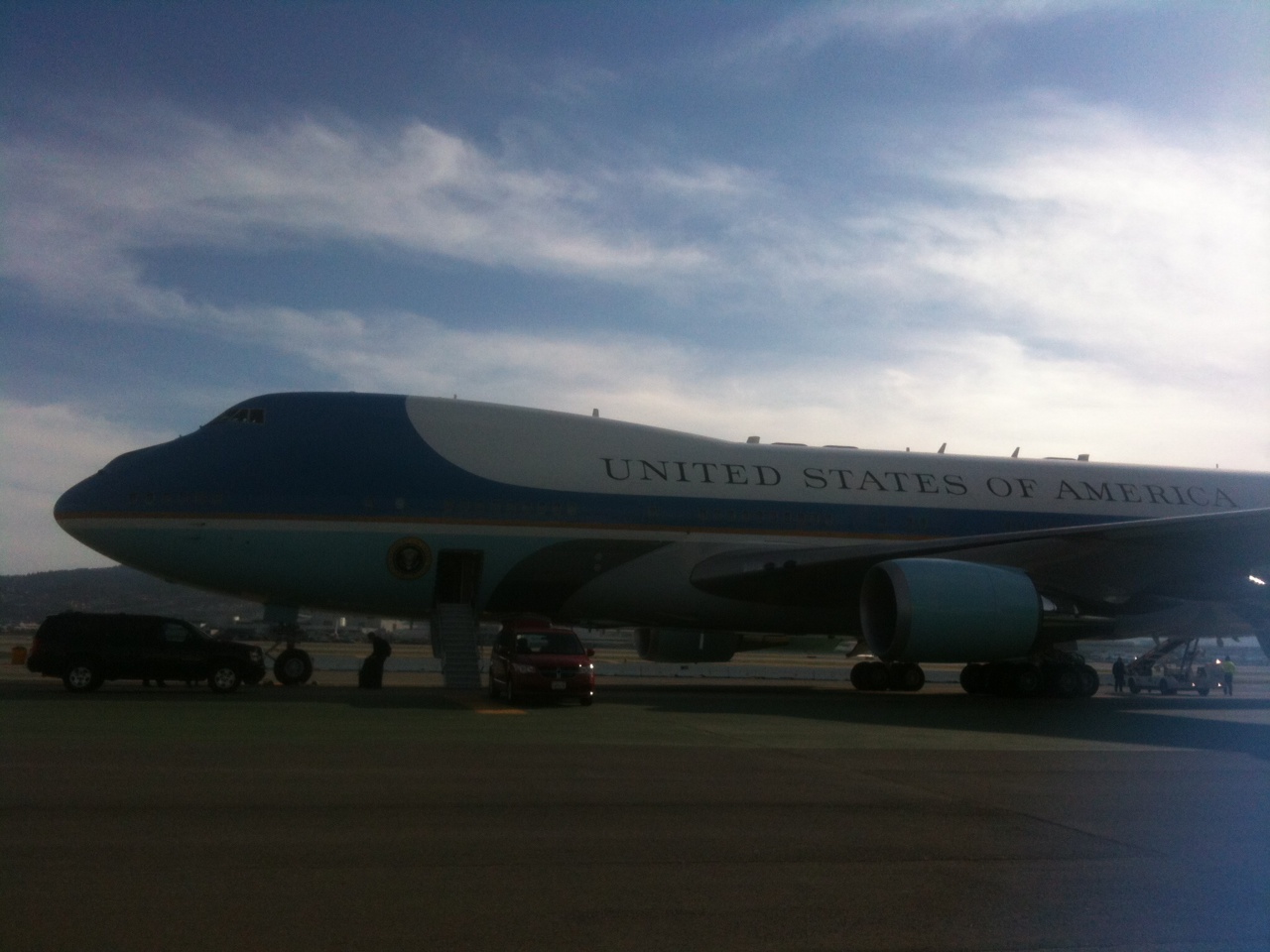 President Barack Obama has left the Bay Area after a whirlwind visit that included four fundraising stops—two in San Francisco and two in Atherton—in less than a day.

The president arrived on Wednesday evening and attended two events in San Francisco’s Pacific Heights neighborhood, including a dinner at the home of Ann and Gordon Getty, to raise money for the Democratic Congressional Campaign Committee.

He stayed overnight at the InterContinental San Francisco hotel at Fifth and Howard streets, and early this morning police began shutting down streets in the South of Market neighborhood to allow his motorcade to pass through.

The president then headed to Crissy Field, where he boarded a helicopter and was taken down the Peninsula.

An employee at the Beach Hut Cafe, located at 1199 East Beach at the eastern edge of Crissy Field, said around 9 a.m. that city and U.S. Park Police had blocked off streets there in anticipation of the president’s arrival.

In Atherton this morning, he attended a morning brunch hosted by Liz Simons and Mark Heising, then a luncheon at the home of Marcia and John Goldman. Those stops were to benefit the Democratic National Committee.

Outside the fundraising events, a variety of protesters gathered, including some who oppose construction of the Keystone XL pipeline, which would carry oil from Canada to Texas.

Opponents of the pipeline were in Atherton this morning for an 8:15 a.m. rally near Valparaiso Avenue and Alameda de las Pulgas.

The president was in the Bay Area for less than 24 hours and made no public appearances. His last visit to the region was in October during his re-election campaign.