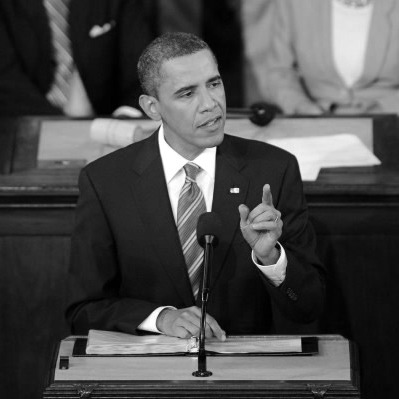 President Barack Obama is coming to town for a series of fundraisers in San Francisco and Atherton today and Thursday, and protesters with a variety of messages are mobilizing to greet him.

Air Force One will land early this evening at San Francisco International Airport, and from there the president will head to a cocktail reception at the Pacific Heights home of billionaire and former hedge fund manager Tom Steyer and Kat Taylor.

He will then attend a dinner at the nearby home of philanthropists Ann and Gordon Getty. The events will raise money for the Democratic Congressional Campaign Committee.

A number of protesters plan to gather outside the Getty mansion, including a group opposing the construction of the Keystone XL pipeline, which would extend from Canada to Texas.

That group will include members of the Sierra Club, Friends of the Earth, the Center for Biological Diversity, 350, CREDO and other organizations.

They will meet at Alta Plaza Park at Clay and Scott Streets at 5 p.m., then march to the Getty mansion on Broadway for a 5:30 p.m. rally.

Sarah Lane, a spokeswoman for CREDO, said organizers are expecting more than 1,000 people to attend—many of whom are Obama supporters and donated to his campaign.

Environmentalists have raised concerns that the pipeline’s existence would contribute to global warming because of greenhouse gas emissions from the process of extracting bitumen from Canadian tar sands.

Lane said of the president, “He made an inaugural promise to fight climate change, and a lot of the folks who support him believe that if he’s to be taken seriously … then he’s going to reject the Keystone XL pipeline.”

On Thursday, Obama will head down the Peninsula for two fundraisers in Atherton to benefit the Democratic National Committee.

The first will be a $32,000-a-head brunch at the home of Liz Simons and Mark Heising. The president will then visit the home of Marcia and John Goldman. The cheapest tickets to that event cost $1,000.

Activists opposing the Keystone XL pipeline, including the Raging Grannies, will also be in Atherton on Thursday, and plan to hold an 8:15 a.m. rally on Valparaiso Avenue, near Alameda de las Pulgas.

Other local groups have been holding rallies around the Bay Area this week to pressure Congress and Obama to push through a comprehensive immigration reform package.

Obama will depart from SFO on Thursday afternoon. His last visit to the Bay Area was in October during his presidential campaign.